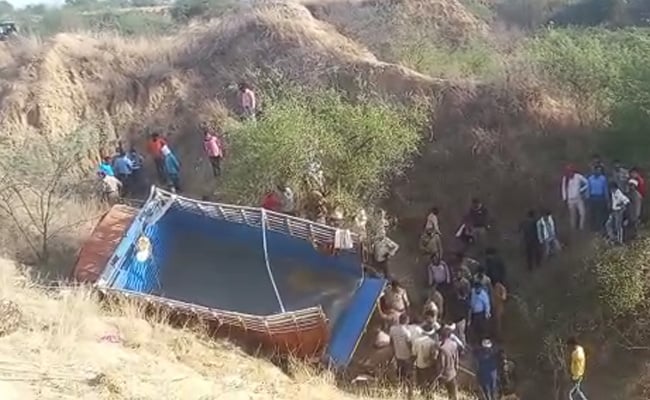 Etawah road accident: The truck fell into a roadside ditch that was around 35-feet ditch

At least 10 people were killed and over 30 injured after a truck fell into a roadside ditch in Uttar Pradesh’s Etawah today. All the victims were men.

The passengers were on their way to attend a religious gathering in the district’s Lakhna when the driver lost control and the truck fell into the 35-feet deep ditch.

Police said the passengers were flung from the open truck; some were even found under the vehicle.

Videos from the accident site show a large number of people gathered around the ditch and the truck after the accident. Police officers were also at the spot conducting rescue operations.

Superintendent of Police, Etawah, Brijesh Kumar Singh told reporters that around 40-45 people were on the truck which included several women and children. When asked if the driver was drunk, the officer said it is being investigated.

“All the people have been rescued and sent to a hospital for treatment. The doctors are determining the exact number of injured people,” Mr Singh added.

The injured are being treated at a hospital – some have suffered critical injuries.