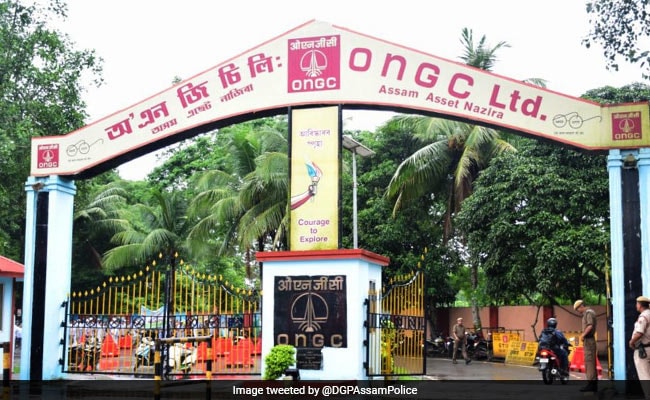 Two employees of state-owned energy company ONGC were rescued after an encounter near the India-Myanmar border in Nagaland today, while a search for a third employee is underway, Assam police chief Bhaskar Jyoti Mahanta said.

The three employees of Oil and Natural Gas Corporation (ONGC) were kidnapped by suspected ULFA(I) terrorists from the Lakwa oilfield in Sivasagar district along Assam-Nagaland border on Wednesday.

“An encounter took place in the forest of Mon district in Nagaland near the international border. Two ONGC employees have been rescued from there. A search operation for the third employee is on,” Mr Mahanta told news agency Press Trust of India.

The operation was carried out by a joint team of Nagaland Police, the Indian Army and other paramilitary forces, who were supported by intelligence inputs from Assam Police, he added.

The rescued persons have been identified as Mohini Mohan Gogoi and Alakesh Saikia. The security forces are looking out for Ritul Saikia, the Assam DGP said.

“The operation started early in the morning and it is still going on. We will be able to tell more once we get details from the ground team,” he said.

A senior police official directly involved in the entire case said the terrorists left one AK-series rifle and escaped from the scene after the encounter.

“It is clear that these were ULFA(I) terrorists. While fleeing from the scene, they could managed to take Ritul Saikia with them. The border is about six to seven km from the site and it is not easy to cross as it is surrounded by dense forest,” he added.

The security forces are carrying out an intense search and rescue operation to find out the third ONGC employee, the senior Assam Police official said.