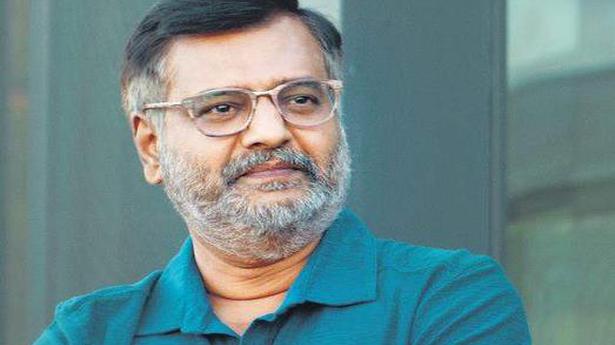 Actor Vivekh, who suffered a heart attack on Friday morning, is in a critical condition and on ECMO (Extracorporeal membrane oxygenation) support at SIMS Hospital in Chennai.

Raju Sivasamy, vice president, SIMS Hospital, told reporters that he was brought to the hospital in an unconscious state at 11 a.m. by his family members. An emergency team along with cardiologists resuscitated him. “He was shifted to the Cath lab when an emergency coronary angiogram showed 100% blockage in the left anterior descending artery (LAD). He underwent angioplasty and is currently in the intensive care unit on ECMO support,” he said.

He said that Mr. Vivek’s condition would be reviewed after observation for 24 hours in the ICU. “This is an acute coronary syndrome with cardiogenic shock. This is a separate cardiac event not related to the COVID-19 vaccine,” he stated.

The clarification on vaccination was given as the actor received Covaxin at the Government Medical College Hospital, Omandurar Estate on Thursday morning.

“This came as a shock for us,” said Health Secretary J. Radhakrishnan, who was present along with the actor during the vaccination on Thursday. He along with the directors of Medical Education and Medical and Rural Health Services met the treating team of doctors at SIMS Hospital.

He said that the actor tested negative for COVID-19 as a test was conducted using GeneXpert, while CT scan too did not show any COVID-19 findings.

“This is a temporal association. He had a 100% block in the LAD and has now been treated for it. A 100% block does not happen in a day. A total of 860 persons received Covaxin at the hospital on the same day. Six persons who accompanied the actor were also vaccinated. Anaphylactic reaction following the vaccine occurs in 15 to 30 minutes for which we always keep a crash cart ready,” he said.

He added that so far, Covaxin was administered to a total of 5.68 lakh persons in the State. “As per vaccination guidelines, persons with co-morbidities such as cardiac ailments, cancers and kidney diseases should come forward and get vaccinated,” he said.

Vivekh, who is a Padma Shree recipient, has acted in over 200 feature films after being introduced by K. Balachander, whom he credits as his mentor. The comedian gained fandom over the years for playing important roles in blockbusters like Run, Saamy, Minnale, Dhool, Kushi and Sivaji to mention a few, and ruled the Kollywood comedy scene along with Vadivelu from the mid-1990s to the early 2010s. He was last seen in Dharala Prabhu, the Tamil remake of the 2012 Hindi film Vicky Donor.

The actor has also appeared as the lead protagonist in movies such as the recent Vellai Pookal, and was known for his close association with former Indian President A. P. J. Abdul Kalam, after which he was involved in several social causes such as afforestation.