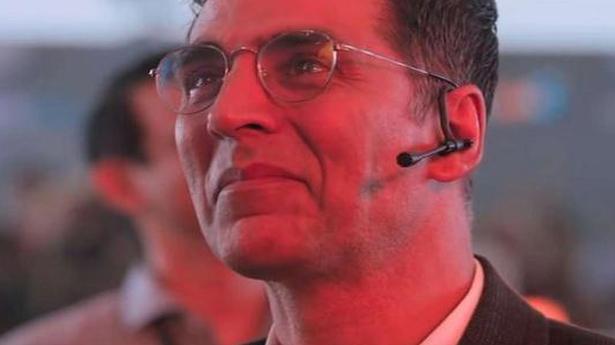 The duo first worked together on the 2019 space drama film, inspired by the story of scientists at the Indian Space Research Organisation

Akshay Kumar is set to team again with his “Mission Mangal” director Jagan Shakti for an action-drama film inspired by true events.

Kumar and Shakti first worked together on the 2019 drama film “Mission Mangal”, inspired by the story of scientists at the Indian Space Research Organisation (ISRO), who contributed to the Mars Orbiter Mission, India’s first interplanetary expedition.

The new film is also inspired by true events, a source close to the development said.

“This is an action-drama film with a dash of science. It is set in current times. It is inspired by true events. He will play the role of law enforcement officer,” the source added.

The script is locked and the shoot is likely to begin next year.

“As soon as Akshay fulfils his other commitments we, will begin shooting for this film. There are so many things in the pipeline for him, so we are also waiting to go on floors. Currently due to COVID-19, the schedule of all projects is affected,” the source said.

The yet-to-be-titled film is produced by Vashu Bhagnani, known for backing films like “Coolie No 1”, “Hero No 1”, “Rehnaa Hai Terre Dil Mein”, among others.

Besides this film, Kumar has more than half-a-dozen movies in pipeline including “Sooryavanshi”, “Prithviraj”, “Ram Setu”, “Raksha Bandhan”, “Bachchan Pandey”, “Bell Bottom” and “Atrangi Re”.