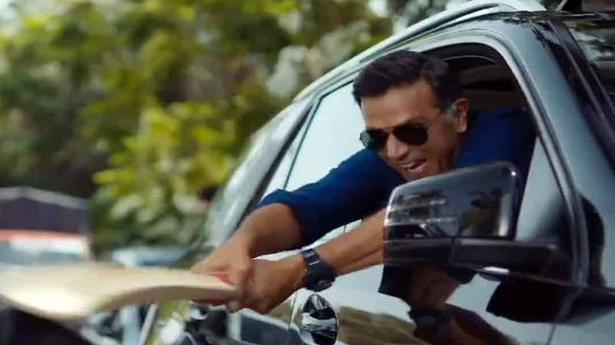 The Indian cricket legend appears in a new advert, where he loses his cool at being stuck in a Bengaluru traffic jam

“Never seen this side of Rahul bhai!”

The minute Virat Kohli posted this caption on Twitter, along with a video, viewers were piqued as to who this Rahul could be. Nobody expected it to be former Indian cricket legend Rahul Dravid, who is currently the Director of Cricket Operations at National Cricket Academy, Bengaluru.

Dravid, who was known for his calm and composed demeanour on the pitch, is also popular for his nice guy image off it.

Remember the now-iconic MTV Bakra prank from decades ago when a young journalist proposes to marry him? Instead of losing his cool or freaking out, Dravid tries to patiently make her (and later, her fake dad) understand the situation, before it is finally revealed that he’s being caught on camera. The video, which is on YouTube, constantly trends every year as fans keep sharing it as an example of how sportspersons should behave with their fans.

However, the new video posted by Kohli revealed a hilarious, hitherto-unseen side to Dravid, that has now become the toast of social media.

In a commercial for a credit card payment app, Dravid is seen stuck in a traffic jam somewhere in Bengaluru. Visibly frustrated at being late to an appointment, he loses it completely, throwing coffee cups at other drivers’ car windows, banging on his steering wheel, and even taking a cricket bat to destroy the side-view mirrors of vehicles next to him (!). Finally, he appears out of the sunroof, with a bat in tow to yell, “Indiranagar ka gunda hoon main!” (I am the don of Indiranagar), as everyone on the street stares at him.

Kohli’s tweet and the video has gone viral since, as fans across the world, especially those in Bengaluru, resonated with his emotions at being stuck in traffic — and the fact that it’s the nicest guy in world cricket, makes it all the more so amusing.

Did we ever think ‘Jammy’ (from his Kissan jam days) would transition into Indiranagar ka gunda over the years? It’s what social media truly needed during the pandemic.