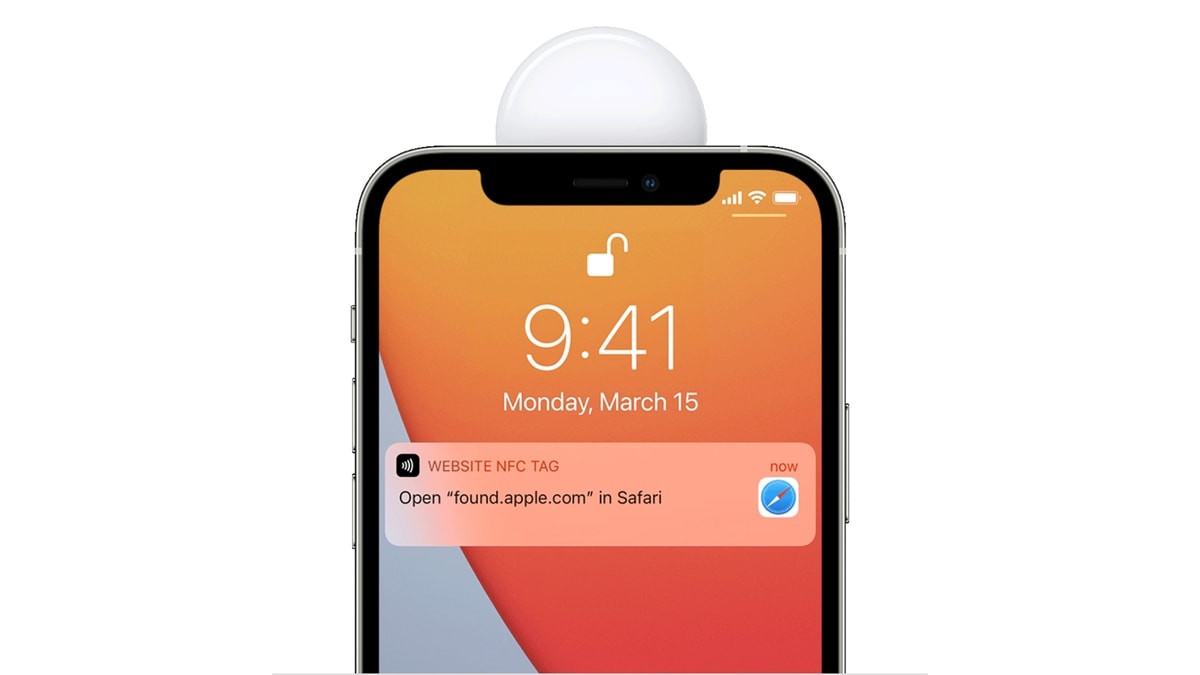 Apple AirTags trackers in Lost Mode can be read by NFC-enabled Android and iOS devices, its recently published support page has revealed. AirTags were launched during Apple’s Spring Loaded event on Tuesday, April 20. These trackers can be attached to frequently misplaced items such as keys, wallets, etc., and located using the Find My app on iOS devices. The trackers are equipped with Apple’s U1 chip that allow the latest iPhone 12 models to get directions to its precise location. AirTags price in India starts at Rs. 3,190 for a single unit and Rs. 10,900 for a four-pack. Pre-bookings open April 23 and sale begins April 30.

According to a support page on the Apple website, the Cupertino-based tech giant says that NFC enabled devices — including iOS and even Android — can read AirTags. A person who finds a lost AirTag can bring their NFC-enabled device next to the tracker to find out information about its owner. Apple says that AirTags will provide finders with a URL that can have a personalised message from its owner if it has been marked as lost.

“Tap and hold the top of your iPhone or NFC-capable smartphone to the white side of the AirTag. Tap the notification that appears. This opens a website that provides information about the AirTag, including its serial number,” the Apple support page reads. “If the owner marked it as lost, you might see a message with information about how to contact the owner. You can view a Lost Mode message on any NFC-capable smartphone, such as an iPhone or Android phone.”

AirTags use audible beeps using its built-in speaker when a user is in its Bluetooth range to help locate the items it is attached to. It also features Siri support and has a claimed battery life of 12 months. Apple AirTags are also IP67 certified for dust and water resistance.

To connect Apple AirTags, users just need to bring them in close proximity to their iOS devices. The trackers can be located using the Find My app. The app shows the current as well as the last location of the AirTags. Apple says that the communication with the Find My app is end-to-end encrypted. Apple also discourages the use of AirTags to track people using safeguards such as notifying users if an unknown AirTag is seen moving with them over time.

Is MacBook Air M1 the portable beast of a laptop that you always wanted? We discussed this on Orbital, the Gadgets 360 podcast. Orbital is available on Apple Podcasts, Google Podcasts, Spotify, and wherever you get your podcasts.