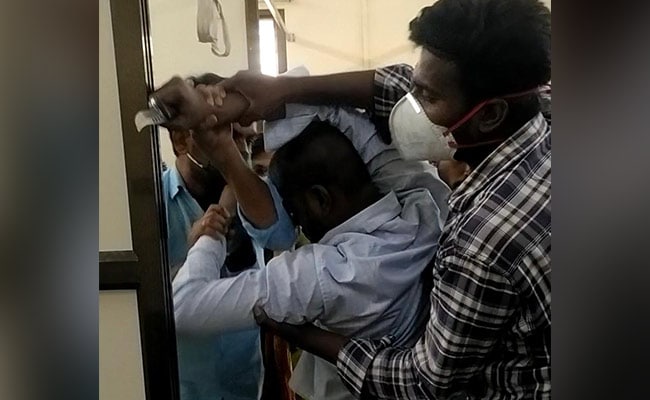 A man was arrested in Maharashtra’s Nanded district after he attacked a doctor with a knife, the police said. The accused was identified through a video shared on social media, they added.

Bhausaheb Gaekwad had gone to meet his relative admitted at the Covid ward of the district hospital in Nanded on April 20. There he started talking loudly due to which the family members of other patients objected. Gaekwad started quarreling with the relatives at the lobby forcing the doctor to intervene.

The accused then took his knife and tried to attack the doctor but was overpowered by the staff present there.

The doctor reportedly suffered minor injuries in the scuffle. The doctor later filed a complaint at the local police station.

Gaekwad was arrested and charged under various sections of the IPC like attempt to murder, obstructing the state work, among others.

Nanded, like other districts in Maharashtra, has been witnessing a surge in Covid cases.

Maharashtra – the worst-hit state – has reported cumulative positivity rate of 16.36 per cent and its total cases of Covid currently stands at 40,27,827.