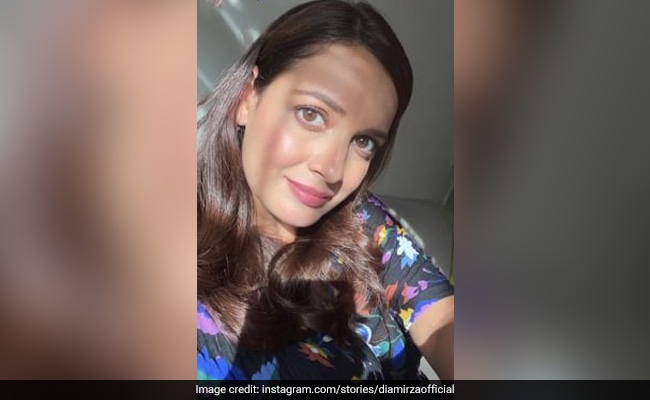 Actress Dia Mirza, who is pregnant, shared what’s keeping her busy in an Instagram story. Dia Mirza, also known as a strong advocate of social issues, is pre-occupied working from home. On Instagram, she shared a glimpse of her work from home routine with a selfie on Saturday. Dia must have clicked the selfie in between her work diaries – she can be seen sitting in a sun-kissed spot and all we want to say is her pregnancy glow is unmissable. The 39-year-old actress got married to businessman Vaibhav Rekhi in February. Just last month, Dia Mirza made the pregnancy announcement with a photo of hers from the Maldives, which prominently revealed her baby bump. 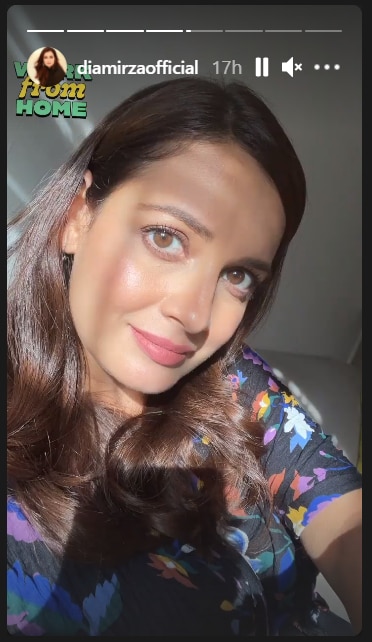 Dia Mirza recently trended a great deal for her response to a user, who questioned her timing of the pregnancy announcement: “Firstly, we didn’t marry because we were having a baby together. We were already marrying as we wanted to spend our lives together. We discovered we were going to have a baby while we were planning our wedding. So this marriage is not the result of pregnancy,” Dia Mirza wrote in a comment on her pregnancy announcement post.

Dia Mirza was previously married to Sahil Sangha. They separated in 2019 after 11 years of togetherness. Dia Mirza and Vaibhav Rekhi got married on February 15 in a close-knit ceremony, attended only by friends and family.

Dia Mirza, a former beauty queen, is best known for starring in films such as Rehnaa Hai Tere Dil Mein, Sanju, Dum, Dus and My Brother… Nikhil, among others. She was last seen in the 2020 film Thappad. Dia Mirza is also a United Nations Sustainability Development Goals Advocate.