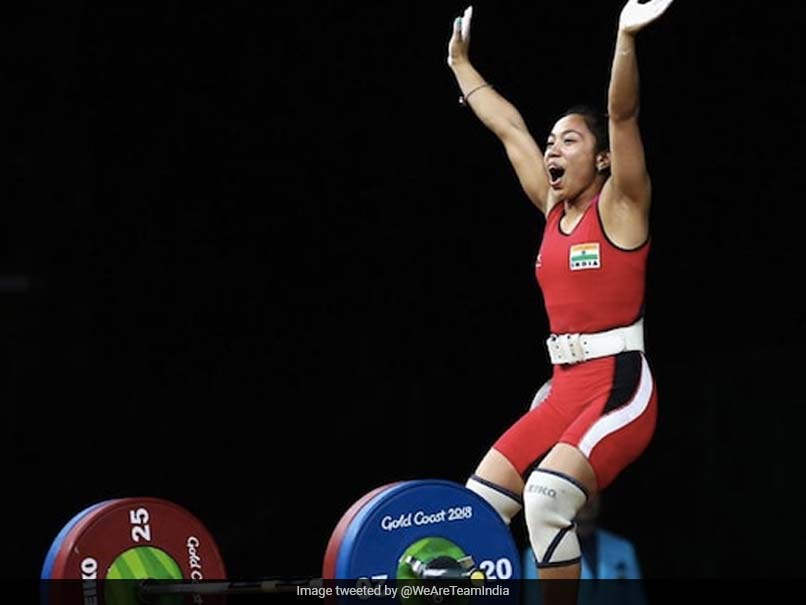 Nothing less than a gold will do for India’s champion weightlifter, Mirabai Chanu, in the Tokyo Olympics as she seeks to break China’s dominance and aura of invincibility in the sport. “I don’t want a silver in the Olympics, I want gold,” declared the world record-breaking lifter during an interview with PTI. She is determined to do better than traditional powerhouse China and claim the top spot at the Tokyo Games. With North Korea withdrawing from the Olympics, it is likely to be a two-way race between Chanu and the lifter representing China in the 49kg category.

“I have to go beyond the Chinese lifters. They think that no one can lift more than them but I want to break that. I can fight with them,” Chanu said.

China currently has two lifters who are ahead of Chanu in the Tokyo Games qualifying rankings but only one of them can participate as per the rules.

Both have lifted more weight than the Indian’s personal best (205kg) with Hou Zhihui setting a new world record in snatch and total weight with an effort of 213kg (96g+117kg) at the ongoing Asian Championships.

Returning to international action after 16 months, the 2017 world champion lifted 86kg in snatch and a world record 119kg in clean and jerk for a total of 205kg to pocket the bronze medal at the Asian Championship.

A delighted Chanu revealed that she gained the belief that she could create a world mark at the 2019 World Championship when she had cleaned 118kg, that is moving the barbell from the floor to a racked position across the shoulders but failing to lift it to a stationary position above her head (jerk).

Jiang Huihua of China had successfully heaved the same weight to set the world record then. “I am very happy. We had decided in the last World Championship only that if we do 118kg-119kg then it’s a world record,” she said.

“I had cleaned 118kg but missed out on the jerk. So, then I gained the confidence that I can lift more than them,” she added.

We worked on it. “In snatch, I feel a little uncomfortable because of my shoulder injury sometimes. My confidence is a bit low but in clean and jerk I was up for the challenge,” Chanu said.

While her 119kg effort fetched her a gold medal in clean and jerk, Chanu faltered twice in snatch as she attempted 85kg. A third failed attempt would have ended her championship.

The 26-year-old knows she has to improve her snatch to compete with China. Zhihui’s 96kg at the continental event was a new world record, while Chanu’s personal best is 88kg.

“I have to improve snatch to be at par with the Chinese. The difference in snatch is more. I knew I couldn’t cover that much but I had prepared for 91kg-92kg (for the Asian Championship) but that didn’t pan out as expected,” she said.

“My back got a bit loose. I never thought I’d not be able to lift (85kg). But then sir (coach Vijay Sharma) added one kilogram and I was only thinking ‘whatever happens I have to lift this’,” she added.

The diminutive Manipuri conceded that this past year, when the weightlifting schedule went haywire due to the COVID-19 pandemic, has been a confusing period filled with anxiety.

“I lost out on some confidence because of this one-year break as we didn’t compete anywhere. Doubts crept in, you keep thinking ‘what will happen, how will I perform’, it was a confusing time,” Chanu said.

But there was also a silver lining. Chanu, who had been confined to the National Institute of Sport (NIS) in Patiala since the first lockdown began in March last year, flew to the US to get treatment for her lower back pain.

Working with Dr. Aaron Horschig, a former weightlifter turned physical therapist and strength and conditioning coach, has immensely benefited her.

“The only good thing was that I went to USA and trained that helped me a lot. It was a change for me, mentally as well… There I was just made to do exercises of the back and right shoulder. That has helped me a lot, it improved my squat and snatch,” she concluded.