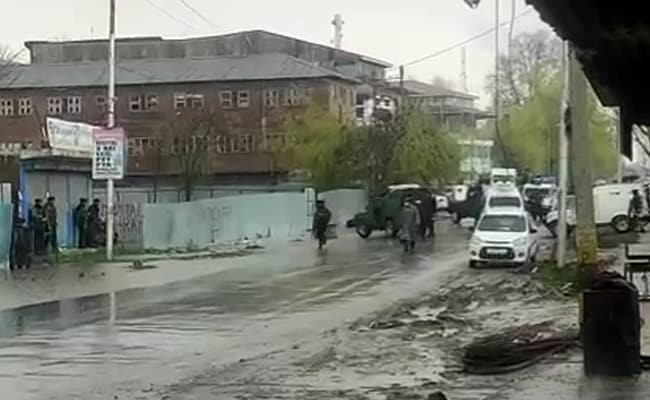 Terrorists opened firing at the venue soon after councillor gathered for the meeting.

Two people, including a municipal councillor, were killed after terrorist opened fire during an urban local body meeting in Jammu and Kashmir’s Sopore district.

Police sources said terrorists resorted to heavy firing at the venue soon after councillor gathered for the meeting.

Reyaz Ahmad, a councillor of Sopore Municipal Council was killed and another councillor was injured.

A policeman who was part of security detail outside the meeting venue was also killed in the attack.

Soon after the attack, a large contingent of forces was rushed to the attack site and sealed off the area.

This is second major attack in Kashmir in last five days. On Thursday two CRPF personnel were killed during a terrorist at Lawaypora, on the outskirts of Srinagar.