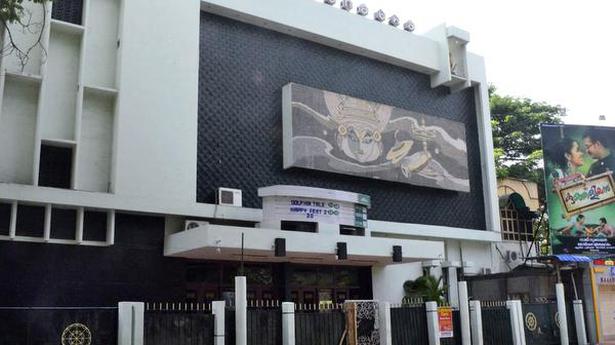 The cinema theatre owners in Kerala, as well as the Malayalam film industry, are staring at yet another crisis with a majority of the theatres downing shutters for an indefinite period considering the sharp rise in COVID-19 cases.

The theatres had started functioning only in January this year after a gap of nine months, following the first COVID-19 outbreak. In an online meeting on Tuesday, the Film Exhibitors United Organisation of Kerala (FEUOK) decided that the theatre owners can take a call on whether to continue functioning or not.

“When we talked to the theatre owners, some were of the opinion that they don’t want to keep the theatres open. However, some others said that a few of the new releases are still returning average collections and that closing down now would create losses for the producers. So, we left the choice on whether to function or not to the theatre owners. But we have made it clear that they have to follow all protocols and end the shows before 7.30 p.m,” said Sumesh Joseph Manarkattu, General Secretary of FEUOK.

The latest round of curbs imposed by the State Government on Monday, requiring the cinema theatres to close by 7.30 p.m, also seems to have led to a rethink on the part of the owners. With the opening time stipulated at 12 noon, it left time enough to fit in only two shows per day.

“The collection had fallen ever since the Ramzan season began, so with just two shows there will not be much revenue coming in. Also, the rise in the number of COVID-19 cases makes it risky to continue to organise shows. So we closed down on Monday evening,” says Gireesh Chandran, Partner, Sree Padmanabha and Devipriya theatres in the capital.

Ever since the theatres reopened in January, there has been a flurry of releases. Though many of them garnered praise from the critics, only a handful of them raked in some revenue for the theatre owners.

The owners had spent lakhs to get the theatres ready for screening, after months of being closed down. They had agreed to reopen only after the Government decided to waive entertainment tax and reduce the fixed charges on electricity during the post-COVID-19 outbreak period, when the theatres had remained closed. Theatre owners say that they could have reached at least a breakeven point if the Ramzan releases were possible.

Some big releases including Priyadarshan’s “Marakkar” and Mahesh Narayanan’s “Malik” were set to release in the second week of May. However, with the cases peaking again, these releases could be postponed yet again.