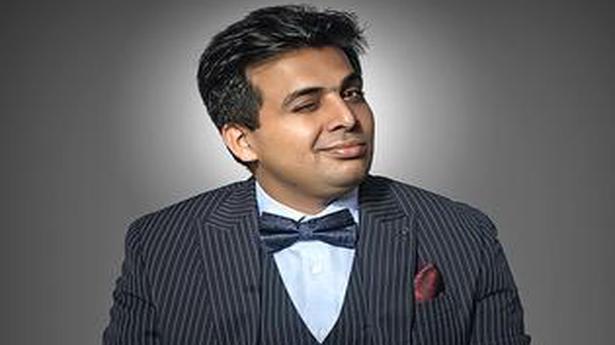 Amid the gloom of the pandemic, comedian Amit Tandon is hosting #TalkPositive sessions with people who have tested COVID-19 positive and are quarantining alone

When we catch up with standup comedian Amit Tandon on the phone from Mumbai, he is in good spirits.

He has just finished the first two sessions of his new project #TalkPositive where he gets on a call with COVID-19 positive patients who are stuck alone, in quarantine, everyday.

With the second wave hitting the nation, Amit confesses he had been down in the doldrums. “I started this project on an impulse. The second lockdown has been quite frustrating, harder than the first one because back then, it seemed like there is some light at the end of the tunnel,” he says.

But this year, with vaccine shortages and rising death rates — all while massive election rallies and crowded festivals continue without restrictions — it has become difficult to still hope, he says, adding, “We are already exhausted and burnt out from sitting at home for a year. If I was feeling this low, I wondered how much worse it would be for someone who has tested COVID positive during all these shortages, and is stuck alone.”

#TalkPositive clearly struck a chord with people when he put it out on his social media; he says he has been getting 1,000 requests a day to join the session, and he is figuring out how to accommodate every one. “Initially I had planned eight sessions with 15 people each. But I am now increasing the number of people per session to 35-40,” Amit says.

The first session saw people joining in from India and Saudi Arabia. “Some were quarantined alone, some with their partners,” he says. It was a video-on call and Amit’s favourite part about it was “to see so many strangers without masks again”.

“There was a lady from Kolkata who was so tired that she kept the phone aside and just listened. But then there was a Marwari guy who was simultaneously stock trading! Despite being COVID positive, he had us on one screen and on another he was commodity marketing. So much energy!”

Amit did not want these sessions to be about standup (or sit-down) comedy. He did not want to go in with the mission and promise of making people laugh. All he wanted was to open up a floor for everyone to talk light-heartedly. Talking to people has helped him too and brought him out of his slump. “It’s like I have something to look forward to. That makes a big difference to my mental health,” he says.

Enthused with the response, he is already planning his next line of talks — purely for doctors. “We can sit around and complain about all the people who are careless about COVID precautions,” he laughs.