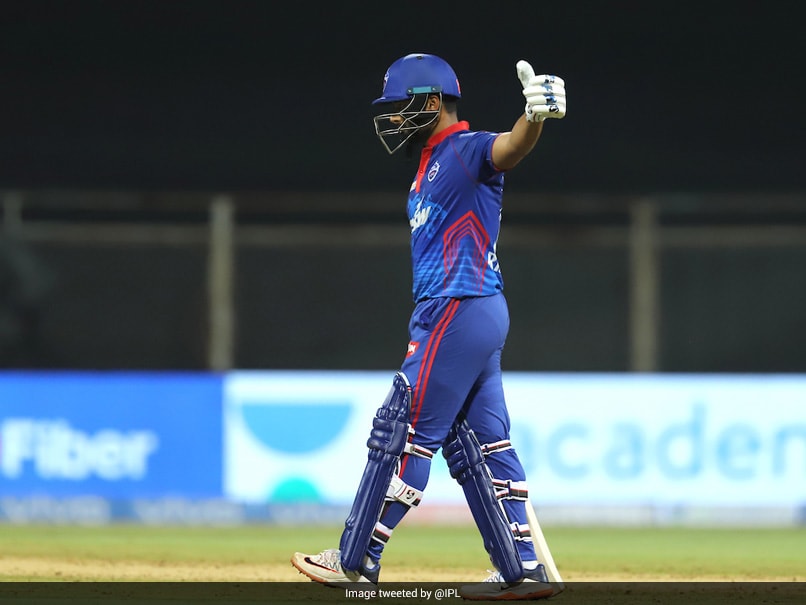 Delhi Capitals’ new skipper Rishabh Pant on Saturday said walking out with Mahendra Singh Dhoni for toss in their IPL opener was a special moment for him as the Chennai Super Kings talisman has been his “go-to man.” Chasing 189 for victory, DC romped to a seven-wicket victory with eight balls to spare after Shikhar Dhawan (85) and Prithvi Shaw (72) struck blistering half-centuries. “Actually, it was special for me captaining in IPL and walking out for toss with MS. I have learnt from him and he’s my go-to man,” Pant said at the post-match presentation ceremony.

The likes of Chris Woakes and Avesh Khan ensured DC did not miss their first-choice pace duo of Kagiso Rabada and Andre Nortje who are serving their quarantine.

“It was good, once you win the match everything is good. In the middle phase, I was under pressure, but good job from Avesh and the bowlers.

“We were thinking as to what we will do without Nortje and Rabada and I thought we had to do with the options we have.

“We thought whatever we have we have to work around this and put the best playing XI. We just wanted to finish the match before one over, we didn’t think about the run-rate.”

Pant also lauded the opening duo of Dhawan and Shaw.

“Prithvi and Shikhar did a good job for us in the powerplay. They kept it simple and looked for boundaries.”

Chennai Super Kings captain Dhoni said his bowlers will have to pull up their socks after a “poor” outing.

“We could have bowled slightly better, and if batters are hitting you over the fields, that’s fair enough.

“The execution of the bowlers was poor and there were boundary balls that they bowled, but the bowlers will have learned and they will apply that in the future games,” Dhoni said.

DC’s new skipper Rishabh Pant won the toss and opted to bowl in the game and Dhoni said the dew factor played in their minds.

Earlier, Suresh Raina announced his IPL comeback with a blazing 36-ball 54 and powered his team to a solid 188 for seven. Sam Curran smashed 34 off only 15 balls to prop up the CSK innings towards the end. Curran hit four fours and two sixes. Man of the Match Dhawan emphasised on the need to get a good start and praised his junior teammate Shaw.

“Prithvi was batting really well. He carried on with his form from Vijay Hazare. It was important to get off to a good start because we were chasing a big total. I have to innovate a few shots and I enjoy taking up challenges. I was playing the ball close to the body,” Dhawan said.

“The wicket was a little sticky. I knew my game plan. It is tremendous to watch Prithvi. He played some effortless shots. So good and so happy for him as he didn’t have a good IPL last time around.”