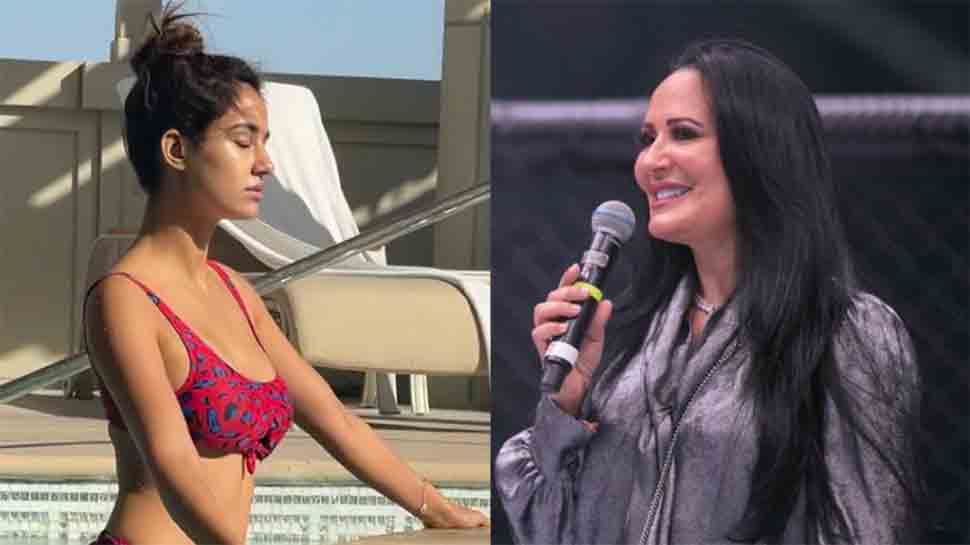 NEW DELHI: ‘Baaghi’ girl Disha Patani is one of the most loved actresses in the film industry. Apart from her career, it’s her fitness and glam quotient that makes her remain in the headlines quite often. The actress has been setting fitness goals with her workout posts for quite sometime now. In fact, she is seen as someone who can give a competition to some biggest fitness enthusiasts from Bollywood.

The actress recently shared a video of herself demonstrating how effortlessly she is able to lift 70 kgs of weights during her workout regime in gym. And guess what? The video not only left her friends and fans surprised but also amazed her rumoured boyfriend Tiger Shroff’s mother and film producer Ayesha Shroff.

The video also features Disha completing 3 sets of hip thrust by lifting 30 kgs. “Some of my favourite go-to exercises,” Disha wrote while sharing the video.

Disha’s rumoured boyfriend Tiger Shroff’s mother Ayesha was all praise for the actress in the comments section. “Woah, Deshuu,” she wrote. Actress Elli AvrRam commented, “Damnnnn Disha!” Disha Patani’s sister Khushbu Patani, who is also known to be a fitness enthusiast and serves in the Indian Army, also left a comment that read, “Damn! Burning sensation.”

Disha Patani’s workout videos often turn out to be a rage among her followers. Only last year, the girl had shared a video in which she was seen lifting 60 kgs with ease.