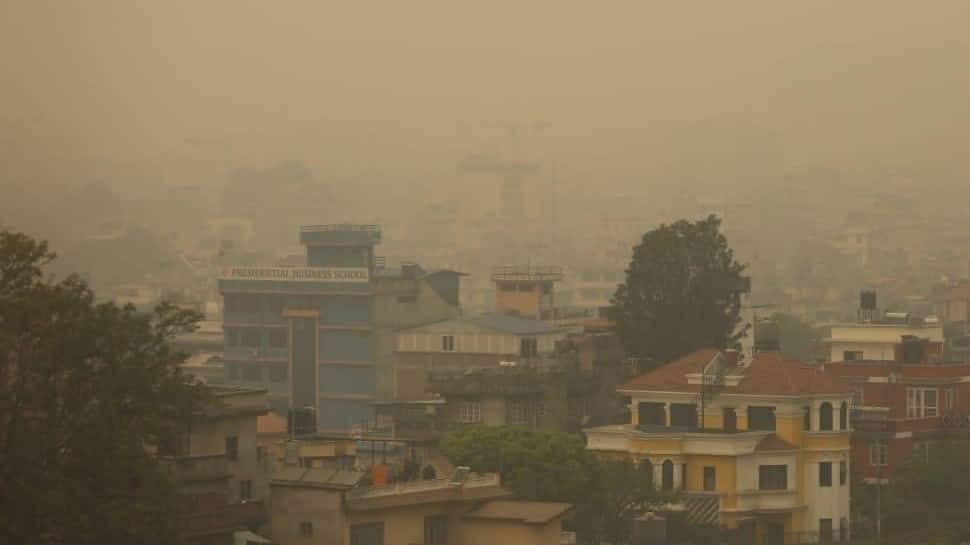 Kathmandu: A thick layer of smoke reduced visibility in Nepal’s Kathmandu and other cities on Friday (March 26) as 54 districts reported wildfires in the nation.

According to the Meteorological Forecasting Division (MFD), a total of 54 districts are now engulfed by a forest fire that is emitting smoke into the airspace of the Himalayan Nation that has resulted in a dip in the Air Quality Index (AQI).

As per the MFD, Chitwan, Parsa, Bara and Makwanpur are severely affected. Throughout Friday afternoon, the AQI of Kathmandu remained hazardous with Pm 2.5 index standing at 303.89 mg/m3.

The flights, both domestic and international, were either kept on hold, diverted, and in some cases, were cancelled as the International Airport in Kathmandu was forced to be closed for about four hours due to a drop in visibility.

People of the federal capital of the Himalayan Nation were experiencing teary eyes, shortness of breath and even a drop in visibility while driving.

“I am experiencing shortness of breath while walking too and my eyes are burning with tears rolling down timely due to the smoke,” Subash Shrestha, one of the residents of Kathmandu told news agency ANI.

As per the hourly Air Quality Data collected from 17 pollution monitoring stations set up in various locations of Kathmandu Valley, the AQI started to deteriorate from midnight.

With this drop in the AQI, the Ministry of Health and Population (MoHP) of the Himalayan Nation later in the evening issued a release requesting people not to come out of home unless necessary as the pollution levels have increased in major cities of the nation.

The Ministry has asked people to avoid outdoor exercises or training till a reduction in pollution levels which already has started threatening the health condition of people. It has also asked people to stop going out for a morning walk for the next few days.

“The construction activities and business that tend to add to air pollution, such activities could be started after a few days by adopting measures to minimize pollution,” the MoHP notice says, according to ANI.

Further, it has discouraged burning waste and driving vehicles in order to minimize air pollution. In case people have to get out of their houses, it has encouraged wearing a face mask and following the COVID-19 safety protocols.

(With inputs from ANI)