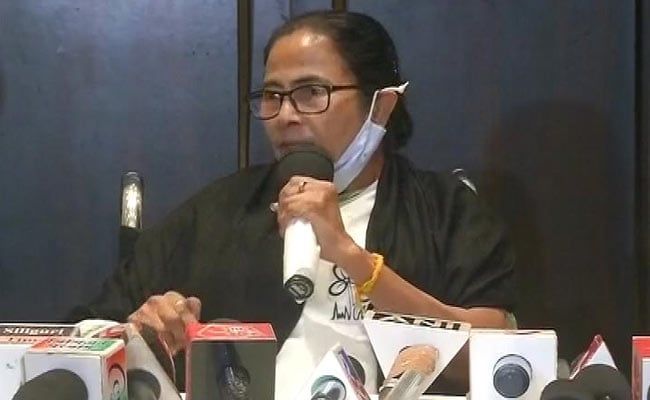 In a letter to PM Modi, Ms Banerjee asked him to design an alternative policy that would help people buy doses at affordable rates.

“I’m informed that the Central government has announced the much-delayed ‘universal’ vaccine policy on 19th April, 2021, which appears to be hollow, without substance, and a regrettable show of evasion of responsibility…at the time of crisis,” she wrote in the letter today.

“When the number of cases…is spiraling…the Centre has chosen to tactically indulge in empty rhetoric…” she wrote, reminding PM Modi that he had not responded to her April 24 letter seeking permission for West Bengal to purchase vaccines directly.

The Centre yesterday opened up vaccinations for all adults from May 1 and allowed state governments to procure stocks from the manufacturers as well as the open market. In recent weeks, several states had called for opening up the vaccination drive for people of all ages and complained about vaccine shortage.

Our efforts have been persistent to increase vaccination in the state.
Yesterday, number of doses administered in Kolkata rose to over 39,000 from a daily average of 25,000 vaccinations. GoWB is further ramping up its capacities to ensure vaccination for all eligible citizens.

Ms Banerjee’s letter today sought to punch holes in the Centre’s revised vaccination policy saying it might lead to “unscrupulous mechanisms” in the market.

“The announcement does not address major issues like the quality, efficacy, stable flow of supply…it (vaccine policy) appears to be based on market prices which may put the common people under huge financial burden,” she wrote.

Addressing an election meeting in Murshidabad, the Trinamool Congress founder said PM Modi had exported vaccines to other countries to boost his image while states like Maharashtra, Delhi, Rajasthan, and West Bengal have struggled to get doses they required to combat the COVID-19 pandemic, PTI reported.