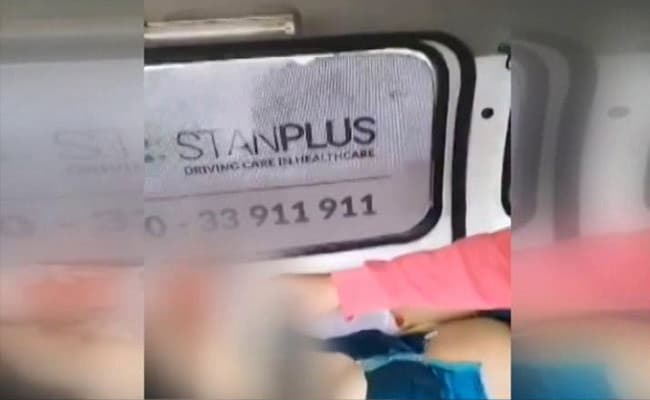 Hyderabad: Pradeep has undergone a Covid test and is awaiting the result

The WhatsApp status of Hyderabad resident Pradeep says “RIP: Society”. The heart-rending words reflect the state of mind of the 26-year-old, who performed the funeral of his mother less than 48 hours ago. On Sunday, he took his seriously ill mother Jayamma to several hospitals in the Telangana capital, including the dedicated Covid facility, Gandhi Hospital, but he couldn’t secure a bed for her. On their way home, she died.

Pradeep told NDTV that the ambulance carrying her was parked right outside the Covid facility, but the hospital authorities told him they couldn’t admit her without a Covid-positive certificate.

According to Pradeep, he had got his mother tested at a state-run primary health centre, but they simply scribbled ‘Covid positive’ behind the copy of her Aadhaar card. No certificate or a text message on the phone had been sent, he said. The Gandhi Hospital refused to accept the piece of paper as evidence of her ailment.

Desperate for help, Pradeep had recorded a video on his mobile phone that showed his mother gasping for breath just outside the hospital in the ambulance, waiting for doctors to save her life. After she died, Pradeep took her body home in the same ambulance. Subsequently, a JCB machine shifted the body to the funeral ground. Visuals showed that no one who shifted the body and took part in Jayamma’s funeral wore any PPE suits.

“If you are from the middle class and you become Covid positive, there is no one who comes to your help. You are on your own. That much I have understood,” says Pradeep, an ITI graduate, who works for a private firm.

Heartbroken and lonely, Pradeep has undergone a Covid test and is awaiting the result. He regrets that his mother had attended a temple event where over 50 had participated, many without masks.

“All I would say is make no such mistakes. Wear a mask, maintain social distance, make sure you don’t contract the virus. Because if you do, your options are very limited,” he said.