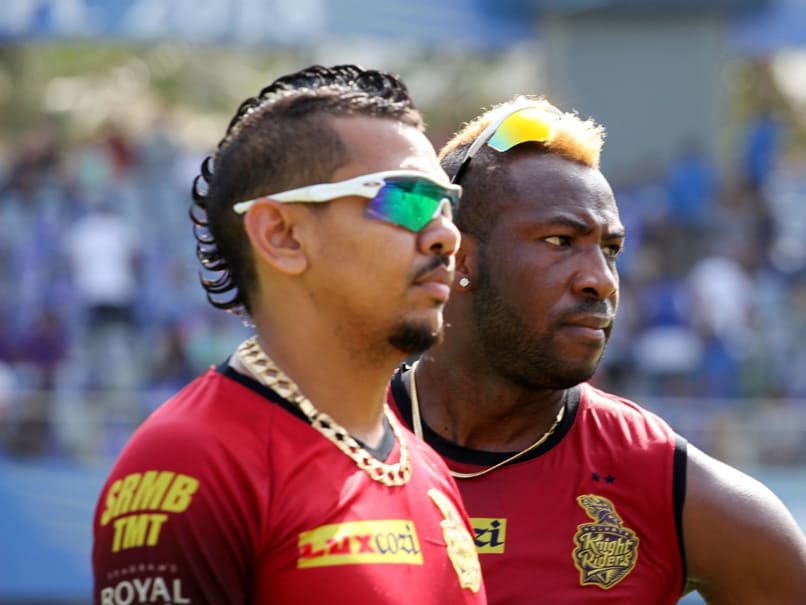 IPL 2021: Andre Russell and Sunil Narine left for India ahead of the IPL season.© BCCI/IPL


Kolkata Knight Riders players Andre Russell and Sunil Narine were seen departing for India ahead of Indian Premier League (IPL) 2021 in a video posted by KKR on social media. “The Caribbean #Knights are only a few hours away from their second home #India!” wrote KKR on Twitter and posted a video where Russell and Narine are seen at an airport. IPL 2021 begins on April 9 with defending champions Mumbai Indians taking on Royal Challengers Bangalore in Chennai.

The Caribbean #Knights are only a few hours away from their second home #India! @Russell12A @SunilPNarine74 #KKR #HaiTaiyaar #IPL2021 pic.twitter.com/RfvvOf1IRG

KKR will begin their campaign in Chennai against SunRisers Hyderabad on April 11.

Russell and Narine won the IPL with KKR in 2014 as teammates while Narine also won the league with KKR in 2012. Both players have been crucial to the team’s prospects over the past several years.

However, Russell’s form tapered in the last season as he could manage just 117 runs and six wickets form 10 matches without a single half-century.

Narine, too, was subdued, though not as much as Russell, as the left-handed batsman made 121 runs with one half-century from 10 games and picked up five wickets.

Notwithstanding their performances last season, when the IPL was held in the UAE due to the coronavirus pandemic, Russell and Narine will return to familiar environs this season despite the fact that they wouldn’t be playing at home.

None of the teams will be playing at their home grounds this season as only six venues have been chosen for the IPL – Delhi, Mumbai, Chennai, Bangalore, Ahmedabad and Kolkata.

The playoffs and the final will be played in Ahmedabad. The final is scheduled for May 30.