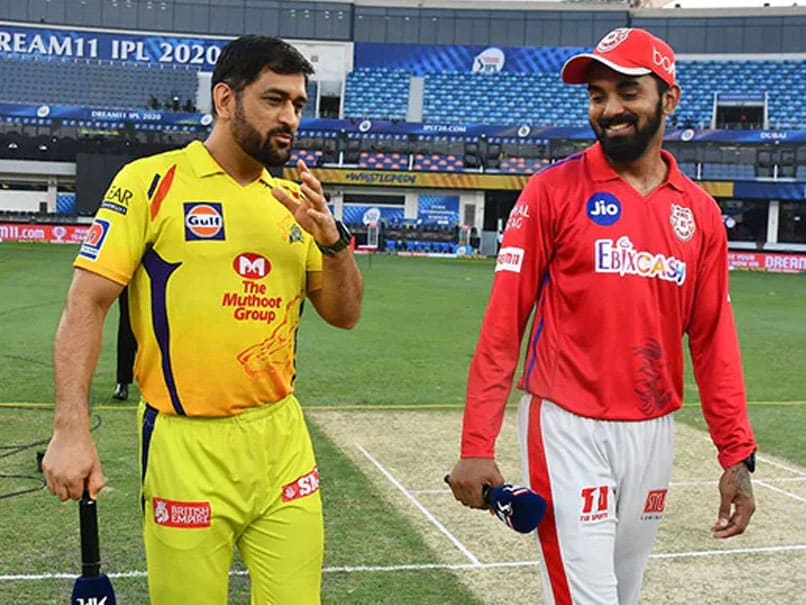 PBKS vs CSK Live Score: KL Rahul will be trying to register a win against MS Dhoni, on Friday.© BCCI/IPL


Punjab Kings (PBKS) face Chennai Super Kings (CSK) in Match 8 of the ongoing Indian Premier League (IPL) 2021 season, at the Wankhede Stadium on Friday. Having already registered a win, PBKS will be hoping to build a winning run against the MS Dhoni-led side. CSK are yet to open their account, having lost to Delhi Capitals (DC) in Match 2. Punjab began their campaign on a strong note, defeating Rajasthan Royals (RR) by four runs in a high-scoring thriller. Captain KL Rahul, who won the Orange Cap winner last year, carried on with his fine form last season, and slammed 91 runs off 50 balls, helping his side set a target of 222 runs for RR. Deepak Hooda also made a noteworthy contribution, scoring a crucial knock of 64 runs in 28 balls. Fast bowlers Arshdeep Singh (three wickets) and Mohammed Shami (two wickets) put in top displays to restrict Rajasthan to 217 for seven in 20 overs. In contrast, CSK lost to DC by seven runs in their first match of the season. Suresh Raina (54 off 36 balls) scored a half-century to help CSK post a target of 189 runs, which DC chased successfully with eight balls to spare. Shardul Thakur was CSK’s leading wicket-taker vs DC with two wickets, but conceded 53 runs in 3.4 overs. In Match 8, CSK will be hoping to register their first win of the campaign against a side, who will be aiming to put a serious challenge for the playoffs in IPL 2021. (LIVE SCORECARD)