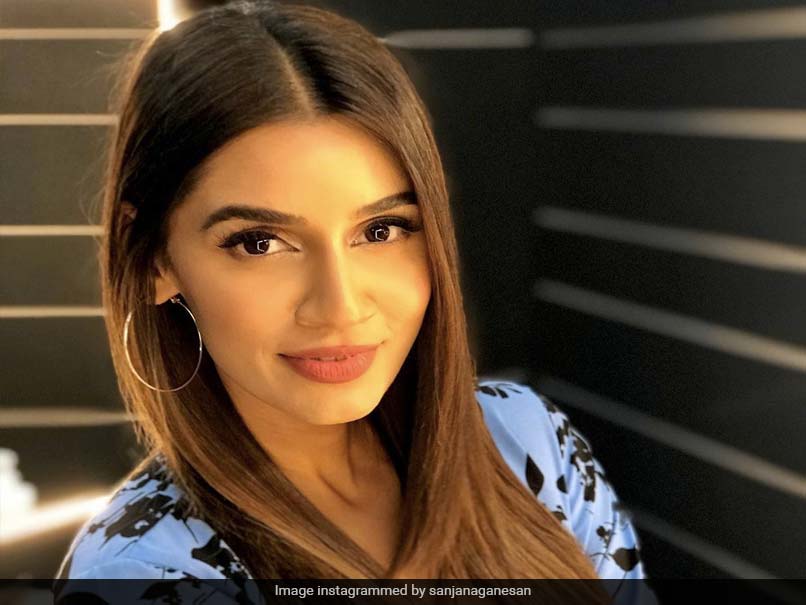 
Newlyweds Jasprit Bumrah and Sanjana Ganesan don’t miss out on the opportunity to do some social media activity, and such was the case when the latter took to Instagram to upload her latest picture on Thursday. Sanjana, a model and TV presenter, shared a picture in a blue top. She captioned the picture “find good light, take great photos”. Her husband and India cricketer Bumrah was one of the first to react, commenting with two heart emojis on her picture. 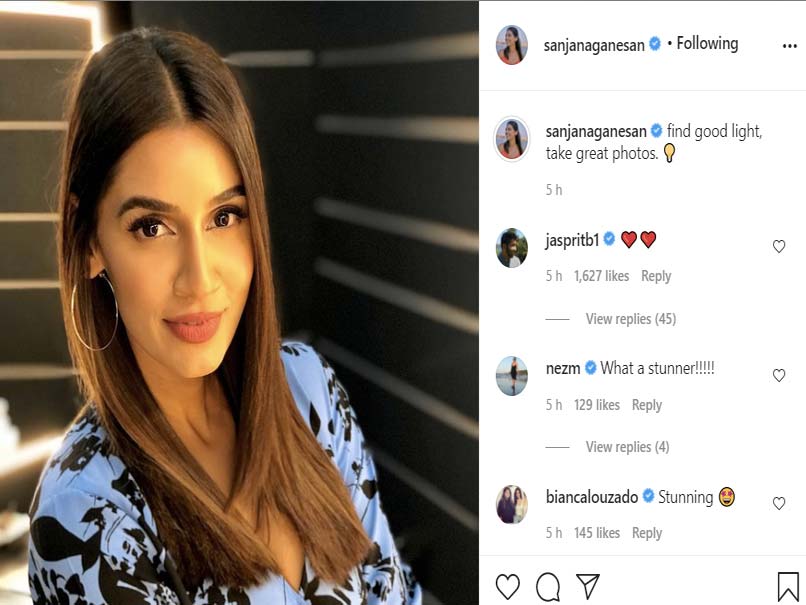 Bumrah and Sanjana got married on March 15. Bumrah left India’s Test series against England for his wedding, and also missed the ODI and T20I series against the visitors.

Bumrah is currently in Chennai with the Mumbai Indians (MI) squad for the 2021 season of the Indian Premier League (IPL).

The couple recently took to social media to celebrate their one-month wedding anniversary, despite not being together to commemorate the occasion.

Bumrah, who finished last season of the IPL as the second-highest wicket-taker with 27 scalps, has gotten off to a slow start this season.

He has bowled well, as his economy rate of just 6.25 shows, but has picked up only four wickets in his first four games.

Mumbai Indians have won two of their first four matches and are currently fourth in the IPL points table.

The defending champions are up against Punjab Kings, who won their opening fixture against Rajasthan Royals, but have fallen to three defeats since.

They will be facing off at the MA Chidambaram stadium in Chennai.