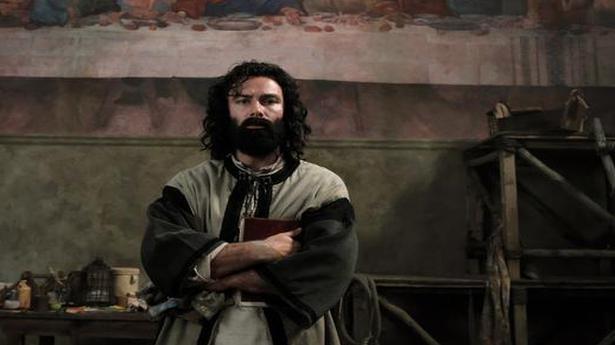 The new show on the legendary Italian polymath is rather silly, but still binge-worthy

Bob Dylan knew the secret of Mona Lisa’s smile when he sang, “Mona Lisa must have had the highway blues, you can tell by the way she smiles” in ‘Visions of Joanna’. The artist, Leonardo Da Vinci, however, struggles to capture the enigmatic smile in Frank Spotnitz and Steve Thompson show, Leonardo.

Starting with Leonardo (Aidan Turner) jailed for the murder of Caterina da Cremona (Matilda De Angelis), the show moves back in time as Stefano Giraldi (Freddie Highmore) tries to find out the truth. The show is rather silly but still binge-worthy. In these times of not travelling, Rome looks very fetching and then there are all these hot Latin men one can feast one’s eyes on.

Digging out Caterina as Leonardo’s muse seems a stretch what with the common knowledge that Da Vinci preferred men. The show does not shy away from that either showing his passion for his thief, model and assistant, Salai (Carlos Cuevas), beautiful ringlets and all (apparently the model for the curly-haired angel in his Virgin of the Rocks).

Turner, who played the wolfish Philip Lombard in Sarah Phelps adaptation of Agatha Christie’s And Then There Were None, stalks the dusty streets of Milan and Florence as Leonardo, eschewing the purple and pink tights for black. Sigh.

Everyone speaks with distractingly strange accents and the vocabulary is distinctly modern with people demanding, “You know what I mean?” The long cloaks seem to sweep up the dust off the streets—they should have kept the cloaks and clothes short. Leonardo’s vegetarianism (“I will not let my body be a tomb”) and his left handedness as well his most famous works — The Baptism of Christ (which he did with Verrocchio), The Last Supper and the Mona Lisa — are covered, as is his rivalry with a brash young Michelangelo (Pierpaolo Spollon).

While Leonardo does not offer anything new, it is an engaging enough introduction to the most famous of Renaissance artists. Along the lines of Dan Brown’s The Da Vinci Code for those who think DiCaprio rather than Da Vinci on hearing Leonardo, unlike Hugh Grant in Notting Hill!

Leonardo is currently streaming on SonyLIV