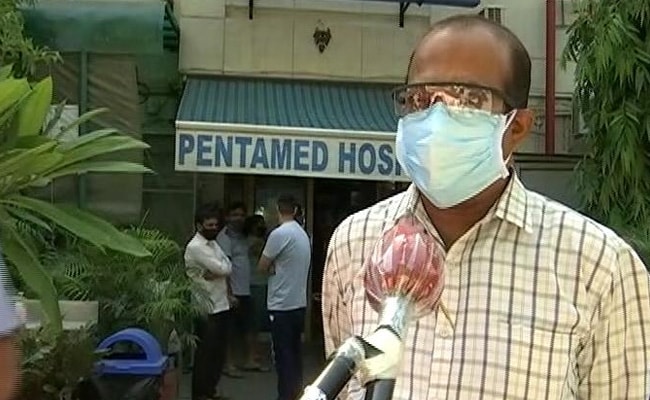 Several hospitals in Delhi have, over the past few days, been flagging shortage of medical oxygen amid surging number of coronavirus cases in the city. Pentamed Hospital in North Delhi is the latest in the growing list of overwhelmed hospitals to send SOS over the crisis.

The hospital said it is left with only an hour’s supply for the 50 patients who are on oxygen support.

“We have 50 patients on oxygen support and if we don’t get the supplies in next 1 hour, then lives will be at stake,” Dr Tarqueem Haider, CMO, Pentamed Hospital, said.

Mr Haider said that the hospital had been even trying to get supplies directly from oxygen plants. “We have sent our vehicles to oxygen plants but there are queues there. Our vehicles are stuck. Day before yesterday we were saved by a whisker as we  received supply just five minutes before the stock was about to finish. Lives would have been lost,” he said.

“I had sent 50 cylinders at a refilling center, not even one cylinder has been refilled. At least 50 patients are under oxygen support and some are with ventilator support at our hospital,” Deepak Sethi, Manager at the hospital, said,

“We have tried a lot but there is a huge rush. We request Delhi government and Central government to help us,” he added.

Relatives of patients claim that hospital authorities are now asking them to arrange for supplies. “My brother has been admitted for 10 days. Has been in ICU for last 3 days. We have been arranging Oxygen on our own. We have been getting cylinders refilled. Hospital says that it is unable to get it,” said Mohammad Akhlaq, whose 45-year-old brother is in ICU.

“The government should have handled the situation better. My brother is in a critcial situation. We are running around for medicines and oxygen. We have been running to Oxygen plants and queuing up,” he added.

Last evening, Delhi reported 24,103 new Covid cases and 357 deaths, the highest single-day toll for the city since the outbreak of the pandemic. This is the third successive day the national capital has seen the highest daily fatalities due to coronavirus.

The city now has 93,080 active cases, which is also the highest.