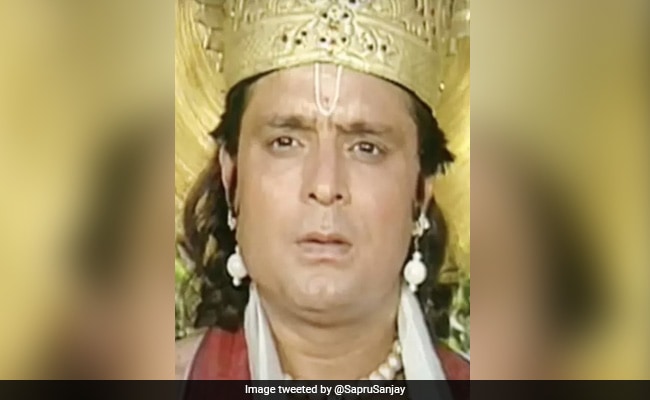 Actor Satish Kaul, who was once a sought-after actor of Punjabi cinema, also extensively worked in Bollywood and was best identified as Lord Indra of BR Chopra’s Mahabharat, died on Saturday because of COVID-19 related complications, reported news agency PTI. Satish Kaul was 74. Satish Kaul’s sister Satya Devi told PTI that the actor was admitted to a hospital in Ludhiana last Thursday after he developed fever – he was diagnosed with COVID-19 in the hospital. However, Satish Kaul’s condition did not improve after hospitalization, her sister said on Saturday: “He died today morning due to COVID-19 at the hospital. He had fever and wasn’t keeping well. We admitted him to the hospital on Thursday and got him tested, where it turned out that he was COVID-19 positive,” PTI quoted Satya Devi as saying.

In May last year, Satish Kaul had asked for help from the members of the entertainment industry, as he was severely affected by the nationwide lockdown. “I’m struggling for medicines, groceries and basic needs. I appeal to the industry people to help me. I got so much love as an actor, I need some attention now as a human in need,” he had told PTI last year. Reminiscing his days as a popular actor, Satish Kaul had said that he was ready to resume his career as an actor again.

Satish Kaul’s body of work included over 300 Hindi and Punjabi movies. He has featured in films such as Pyaar To Hona Hi Tha, Aunty No 1 , Zanjeer, Yaraana, Ram Lakhan among others. Apart from Mahabharat, he also featured in the TV show Vikram Aur Betaal. Satish Kaul was honoured with the Lifetime Achievement Award at PTC Punjabi Film Awards in 2011.