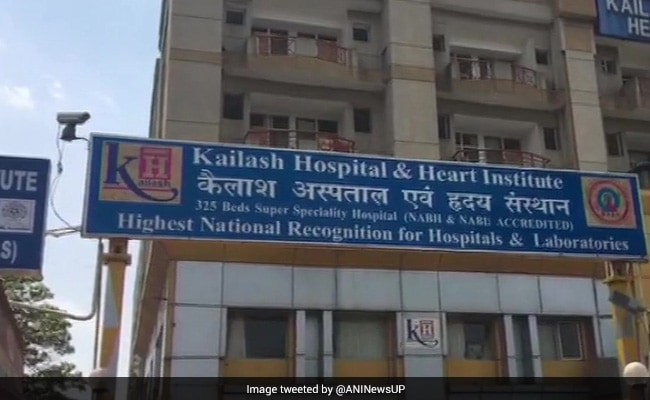 Noida’s Kailash Hospital, which has around 450 COVID-19 patients today expressed concern about shortage of oxygen, saying that the quantity available with them would not last till tomorrow.

Noida’s Kailash Hospital, which operates 4 hospitals in UP’s Gautam Buddha Nagar district, is owned by BJP MP and former Union Minister Dr Mahesh Sharma. He is the current Lok Sabha member of parliament from the district.

Kailash Group Medical Director Ritu Vohra said their branch in Gautam Buddh Nagar has overstretched its resources and that the healthcare workers were working beyond duty hours.

“We have oxygen for seven-eight hours. Since morning, all our group hospitals need oxygen replenishment. We have stopped new admissions due to oxygen shortage. In this hospital (Sector 27), we have oxygen that would be sufficient only for four-five hours,” she said.

“We are ready to pay extra price for oxygen or do whatever it takes because patients should be saved – the life of our patients is top priority for us,” she added.

“We have 4 hospitals in Gautam Buddh Nagar, and there is a crisis in all. We’ve been told we’ll receive supply after next 36 hours. We’ve stopped admissions,” she further stated.

Seeking help, the senior doctor appealed to people from civil society if they could help the hospital with oxygen replenishment.

Dr Vohra said the hospital has informed the district administration and all concerned officials regarding the situation and have repeatedly got assurance that “replenishment would be done soon” but to no avail.

There was no comment from district administration officials immediately over the situation at the Kailash Group of Hospitals, which has four facilities spread across Noida, Greater Noida and Jewar in Gautam Buddh Nagar.