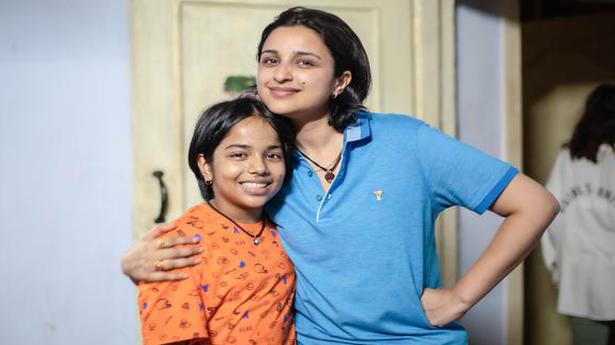 Saina Nehwal’s inspiring journey is reduced to a mere cinematic template, specifically aimed to leave a positive note on children. Shouldn’t the adults care too?

Saina is the kind of biopic that shows commendable commitment to please the audience in ensuring that they leave the hall either smiling or chest-swelling with pride. It is also the kind of film that rather charmingly illustrates the pitfalls of making a biopic — in mainstream Indian cinema — that looks myopic, without a single overarching emotion that binds the film together. At the risk of sounding completely honest, there is not a single moment that elicits some kind of reaction in you, let alone taking them home. For the most part of the 135-minute film, you are in the dark wondering why the scenes aren’t working for you, or if you have become too numb to familiar emotions.

To be fair to Amole Gupte, the problem partly lies in how reductive the blueprint for a sports drama has been made by filmmakers, who seem to succumb to the temptations of the trappings that come with the genre. In one of the earliest scenes, we see a young Saina being advised about the five Ss of badminton: strength, stamina, skill, speed and spirit. But if you are familiar with the three Cs of a typical sports film in India: clichéd, cheesy and cutesy, then Saina’s hollowness shouldn’t exactly surprise you.

By now, you must have come to terms with the three factors that largely help in writing the screenplay book for a sports film: a) an underdog from a middle-class Indian family (ideally, one from the heartlands) ; b) pushy parents who can be an ally, but also would go to extremes for you to win and c) a grumpy coach with ego issues. At least Manav Kaul (who plays Saina’s fictional coach, Rajan) does a fairly neat job, striking a balance between what is required of his character and what is mentioned in point C.

The film tracks Saina’s life journey up to 2015, when she was announced World No.1. There are at least three individual chapters of her life that promise great potential to be the focal point of the film: her equation with the mother during her early days at the institute, the relationship she shares with Kashyap (whom she would later marry), and the friction she has with her coach, Rajan. Yet, we see each of these in snatches — which is not the main problem. Forget exploring grey areas, the issue with Saina is its refusal to let the audience get into the her head and feel what she felt during the highs and lows of her career.

One of the interesting aspects of Saina is the casting of Meghna Malik and Subhrajyoti Barat, who play Saina Nehwal’s parents, Usha Rani Nehwal and Harvir Singh Nehwal; the actors do a lot of the heavy lifting in a film that revolves around the character of their daughter. Props to Parineeti Chopra for trying her best to mimic the body language of a champion, although the film conveniently fixes the match shots with close-up of the actor. But we could still see Parineeti visibly struggling to be Saina, sometimes borrowing the traits of her character from Ishaqzaade. And the oversized mole is only the least troubling aspect.

Saina is currently running in theatres

Watch: Shraddha Kapoor roped in for Pankaj Parashar’s ‘Chaalbaaz In London’, actress to play a double role – Times of India