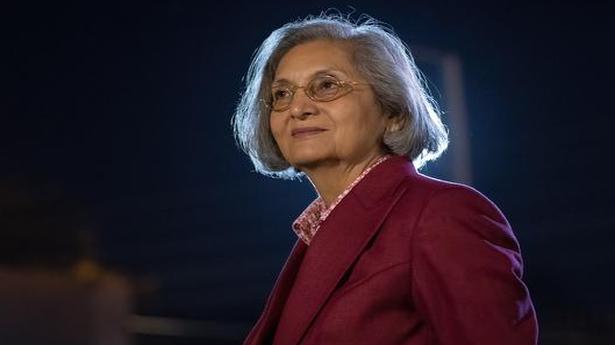 “When I was the empress, the kingdom was rosy,” quips Sheela Birnstiel, while reminiscing on camera her glory days as Ma Anand Sheela, an influential aide to the spiritual leader Osho, and a titular figure in the latter’s multi-million dollar empire. The self-proclaimed imperatrix was once convicted for infecting salad bars in Oregon’s Wasco County with salmonella to influence a local election. Even her own mentor accused her of arson, wire-tapping and attempted murder among other heinous crimes.

And yet, in Netflix’s latest documentary titled Searching for Sheela, she is presented as an unlikely feminist icon, a fiery go-getter who merely fell prey to an obnoxious scandal.

The one-hour long documentary film chronicles Sheela’s return to India after a hiatus of 35 years. The fiery on-screen presence that tormented Oregononians decades ago, is now a sprightly old woman eager to reconnect with her roots, while being courted by affluent Indians.

On-screen, she is in total control of her narrative, even when faced with a barrage of awkward questions from journalists like Barkha Dutt and Shoma Chaudhury, putting on display her brazen personality which has garnered many admirers over the years.

Despite that, Searching for Sheela is most effective when Birnstiel lets her guard drop, offering us a peek into her more vulnerable side. This happens while she is visiting her childhood home in Gujarat’s Vadodara.

Brimming with nostalgia, she sheds a tear or two for the past she left behind, in search of greener pastures abroad. Her emotions seem genuine enough to shock even her harshest critics, who often accuse her of being completely devoid of empathy.

In an interview with Karan Johar, she also opens up about her much-speculated relationship with her guru Bhagwan Rajneesh (Osho), claiming that they both liked each other, but their relationship was entirely platonic. “His eyes were probably more beautiful than his penis,” she remarks playfully, drawing bouts of guffawing from a room full of people.

The camera-work and editing is spot on, stitching together a narrative that might not be objective, but is effective in engaging its audience. However, the final product seems to be a feeble extension of 2018’s Wild Wild Country, which was a comprehensive re-telling of the singular chain of events that led up to the 1984 Rajneshee bio-terror attack.

This can be attributed to the fact that this Dharmatic production with no credited director, rather than delving into the complexities of its central subject, opts for a monochromatic approach in crafting a biased visual portrait of the erstwhile fugitive.

No constructive attempts are made to truly question Sheela of her crimes, or to present a counter-point to her well-oiled narrative. She even proudly states to Karan Johar, “You know, I have bigger scandals than show business.”

Clearly, she enjoys being a pop-culture phenonmenon for the who’s who of India’s urban elite, and — to her delight — the rich can’t get enough of her either. Take, for instance, socialite Bina Ramani and her daughter Malini who were subjected to intense media scrutiny after Jessica Lal’s murder. They are in awe of Sheela, drawing parallels between her plight and their own.

To top it off, the various tirades on spirituality that Birnstiel launches into at the drop of a hat, are difficult to sit through… and yet she is egged on by the people around her. Most of them are enthralled at ‘hosting a murderer’ as they whisper to each other, and others simply think of her as a kindred spirit.

All the while, Sheela is also seen parading in fashionable outfits, delivering outlandish lectures and indulging in vague conversations, in line with the mystical image of herself she wants to propagate.

Rather than trying to find the true nature of the controversial figure, Searching for Sheela barely manages to scratch the surface, leaving bare a hollow exterior, despite concerted efforts to conceal it within a shiny facade.

Searching for Sheela is currently streaming on Netflix