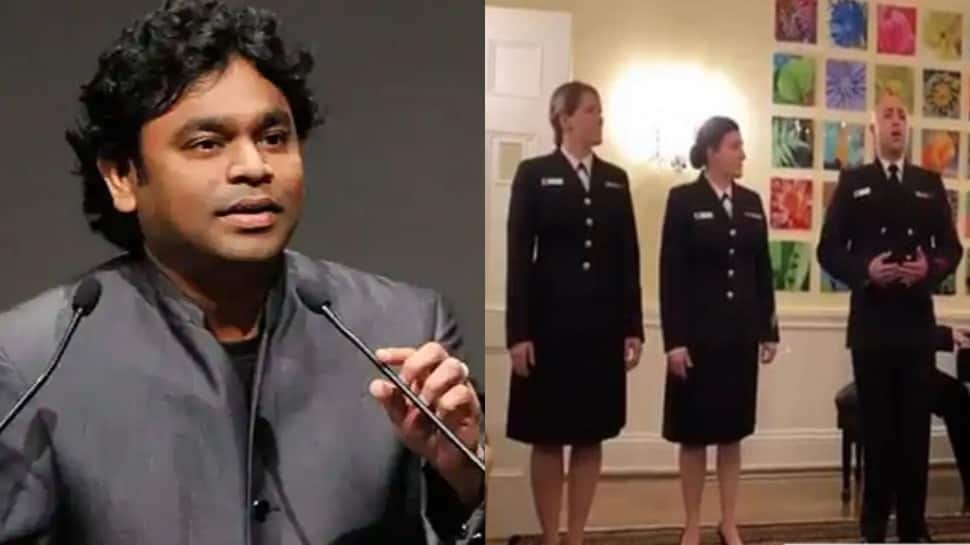 New Delhi: The members of the US Navy recently sang a famous song from Shah Rukh Khan’s Bollywood movie ‘Swades’, which has now gone viral and also led its Oscar-winning music maestro AR Rahman to react to it.

The video has been shared by Taranjit Singh Sandhu, the Indian Ambassador to the US, who said that the ‘heart-winning’ performance was during a dinner meeting between him and the US Chief of Naval Operations (CNO) Michael M Gilday on March 27, 2021.

Taking to his official Twitter account, Sandhu shared the video and captioned it, “This is a friendship bond that cannot be broken ever.”

The 1.29-minute-long clip shows a team of singers and musical instrument players from the US Navy band being dressed in their uniforms.

‘ये वो बंधन है जो कभी टूट नहीं सकता! This is a friendship bond that cannot be broken ever.’

The video has so far garnered over 2.94 lakh views on the microblogging site and has been liked by over 22.1k Twitteratis.

Following this, the music maestro AR Rahman also came across the video and couldn’t resist from sharing it.

He said, “Swades rules for ever.”

The song was originally composed and sung by AR Rahman for the 2004 film Swades that was directed by Ashutosh Gowariker.

Meanwhile, India and the US on Sunday kicked off a two-day naval exercise in the eastern Indian Ocean Region.

The Indian Navy has reportedly deployed its warship ‘Shivalik’ and long-range maritime patrol aircraft P8I in the ‘PASSEX’ exercise while the US Navy was represented by the USS Theodore Rosevelt carrier strike group.