We chanced upon a throwback gem featuring Kamal Haasan and his family on Tuesday, all thanks to his daughter, actress-singer Shruti Haasan. Kamal Haasan married actress Sarika sometime in the 1980s and welcomed their first child Shruti Haasan in 1986. Akshara was born to the couple in 1991. On Monday, Shruti interacted with her fans via ‘Ask Me Anything’ session on Instagram and that’s when she shared a million-dollar picture from her teenage days and called it her “favourite” photo. In the blast from the past, a much, much younger version of Kamal Haasan and Sarika can be seen posing for a happy family photo with Shruti and Akshara Haasan. Kamal Haasan looks dashing in a cream outfit and a matching hat while Shruti can be seen wearing a black top, denim jacket and jeans. Check out the photo here: 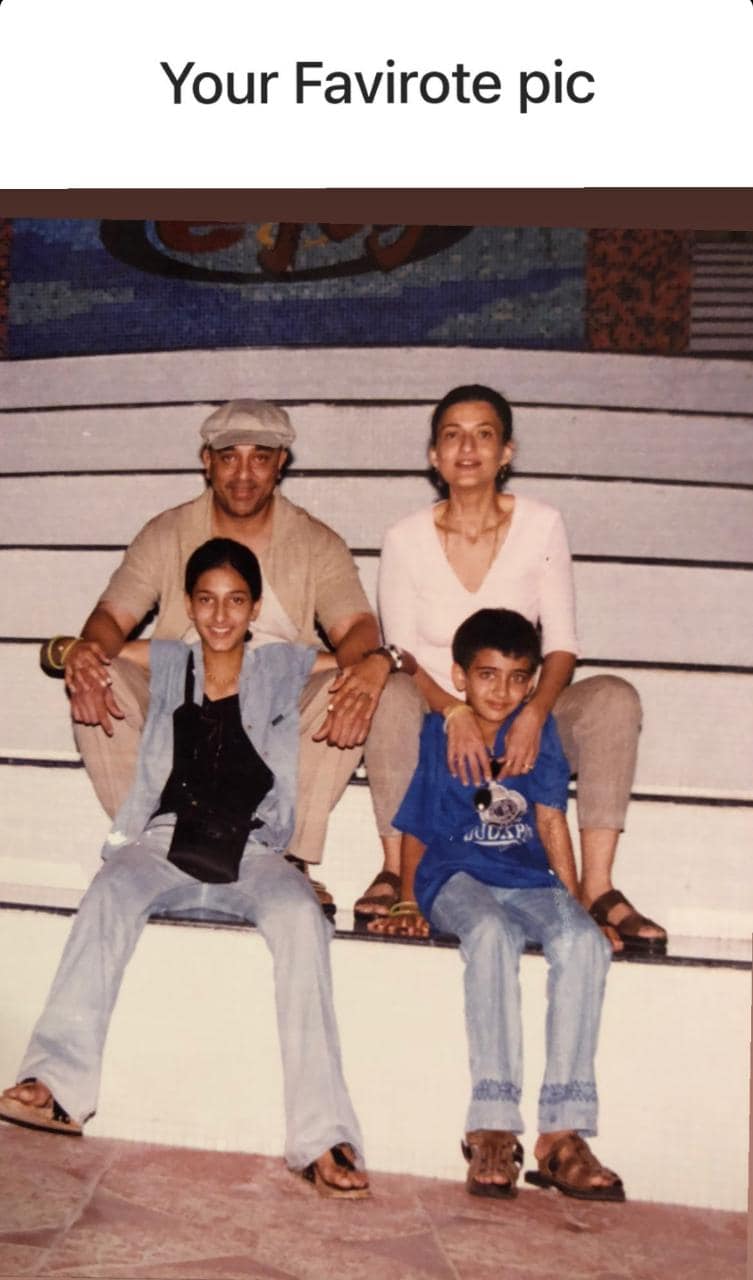 When another user asked Shruti Haasan to share her “best picture with her dad,” the actress posted this: 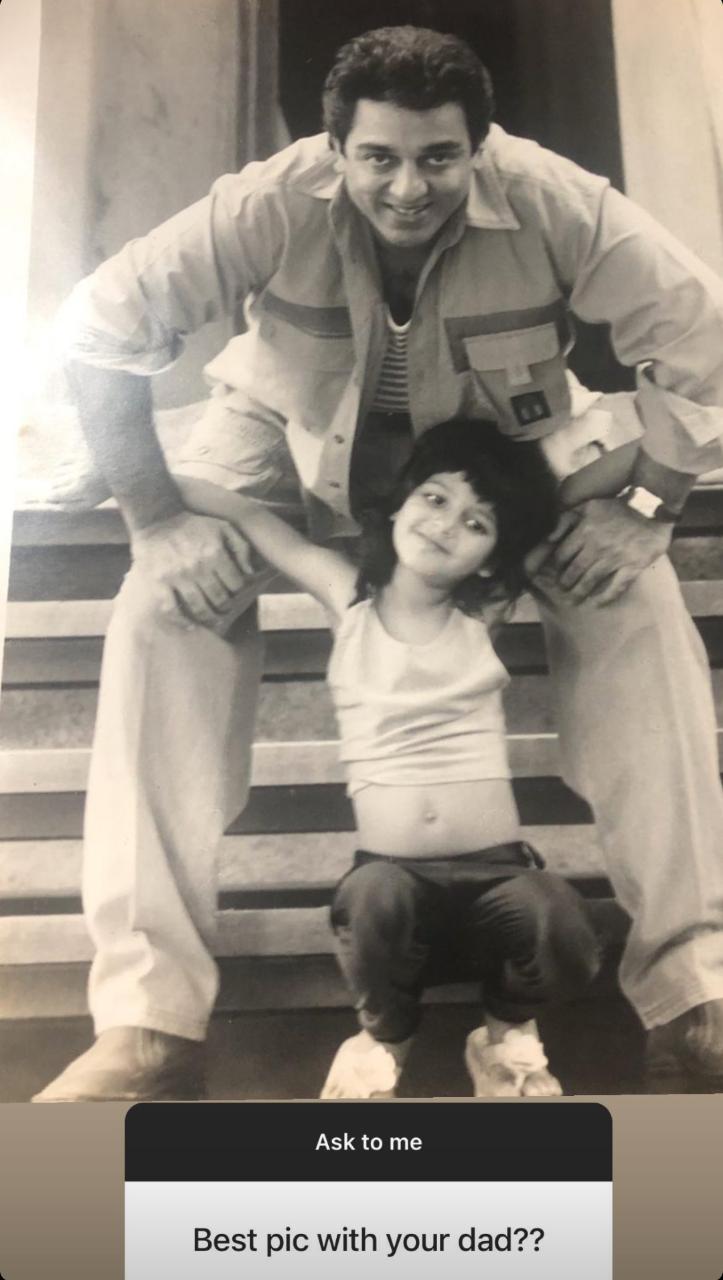 Kamal Haasan was previously married to dancer Vani Ganapathy. They divorced ten years after their marriage.

Shruti Haasan is currently living with her boyfriend Santanu Hazarika during the lockdown. The actress, on Monday afternoon, posted a set of pictures of herself also featuring Santanu and wrote: “It’s such a tough time – I do silly things, creative things boring chores to lift my spirits – I’m thankful for my lockdown buddies who are relentless photobombers and such lovely souls – today I felt like being unproductive – I felt like stopping for a second and acknowledging my anxiety – in my heart is a prayer for everyone suffering and I meditate on putting out my little bit of good energy out toward the chaos.”

Shruti Haasan will be next seen in Salaar with Prabhas.