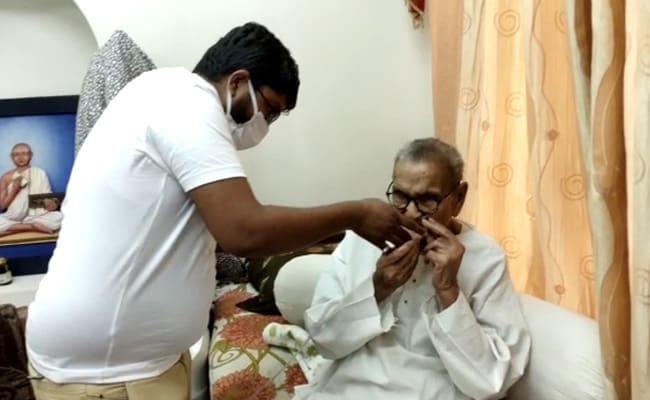 Birdhichand Ji Gothi was treated at his home with the help of a doctor, who is also a family member.

A 104-year-old man, who fought for India’s independence against British rule, has recovered from COVID-19 in Madhya Pradesh’s Betul.

Birdhichand Ji Gothi had tested positive for coronavirus on April 5, his grandson, Shreyans Gothi said, adding that he lives by Mahatma Gandhi’s principles

He was treated at his home with the help of a doctor, who is also a family member. He is still given oxygen for 2-3 hours a day, his grandson said.

When he was asked how he managed to beat Covid, the freedom fighter said, “Stay positive, smile, exercise and have a balanced diet.”

According to locals, he held on to his principles despite being jailed several times during the freedom struggle.

Meanwhile, with 55,879 samples being examined, the number of tests in Madhya Pradesh has crossed 73.97 lakh.

A total of 2,767 people died in the last 24 hours, according to Health Ministry data, taking the total number of Covid deaths to 192,311.