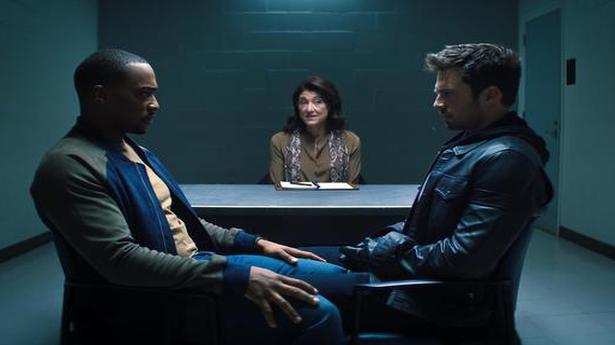 A villain teaming up with heroes is nothing new for the superhero genre. But recent episodes of The Falcon and the Winter Soldier have gone beyond.

In earlier episodes, we saw how Sam Wilson/ Falcon (Anthony Mackie) and James “Bucky” Barnes/ Winter Soldier (Sebastian Stan) are forced to break their old enemy, Helmut Zemo (Daniel Brühl), out of prison in order to fight a new, dangerous adversary. Zemo goes so far as to say that Karli Morgenthau (Erin Kellyman), the show’s super-soldier villain, is a “supremacist”.

“She’s a supremacist,” Zemo tells Wilson. “It’s that warped aspiration that led to Nazis, to Ultron, to the Avengers… The desire to become superhuman cannot be separated from supremacist ideals.” And the way the show has been written, Zemo is very much the voice of reason, the moderate caught between the excesses of both Morgenthau and the ‘new’ Captain America, John Walker (Wyatt Russell).

This latest gambit by The Falcon and the Winter Soldier isn’t entirely original; Alan Moore and Dave Gibbons’ landmark graphic novel Watchmen (1986) also featured superheroes becoming tools for white supremacy. The 2019 miniseries adaptation of the book expanded upon this theme, incorporating shameful chapters from America’s past, like the Tulsa Race Massacre of 1921. Original or not, that Zemo dialogue was further proof of the growing prominence of the ‘anti-superhero’ genre — an ever-expanding roster that includes Amazon Prime Video’s The Boys, the earlier movies Kick-Ass (2010) and Kick-Ass 2 (2013), the Brendan Fraser series Doom Patrol, and several others. These stories are an attempt at critiquing standard superhero tropes, the kind both Marvel and DC movies deal heavily in.

The two latest entrants to this genre are the Netflix film Thunder Forceand the Amazon Prime Video animated series Invincible. Thunder Force has an interesting comedic premise — two estranged best friends (Melissa McCarthy and Octavia Spencer) become superheroes after one of them, a scientist, invents a formula that gives regular people superpowers.

At one point, a villain who has just been humiliated by Spencer and McCarthy’s characters, shouts in exasperation: “How did we get our asses kicked by two middle-aged women?” The subtext is that most superhero films have no space for middle-aged women, whereas Robert Downey Jr. and Ben Affleck can still ‘suit up’ at 50. Unfortunately, Thunder Force squanders its potential, opting for the easy laugh and some shoddily-written physical humour.

Invincible, on the other hand, is a whole other kettle of fish — it starts on a comedic note, as we meet budding superhero Mark Grayson/ Invincible (Steven Yeun), son of Omni-Man (J.K. Simmons), a literal alien and the most powerful superhero on the planet (clearly modelled after Superman), who has married a regular woman and is living the American suburbia dream.

For much of the first episode, we see Mark doing regular teenage things at home and at school, while also praying for his latent powers to kick in. He hero-worships his father, but the audience’s perceptions are neatly reversed by the first episode’s horrific, blood-soaked conclusion. Omni-Man single-handedly murders his colleagues, the Guardians of the Globe (modelled after the Justice League), after luring them away from their headquarters. He makes it look like the assassin also injured him, knocking him unconscious so he couldn’t see who did it.

Even for the anti-superhero genre, this is the darkest turn since a superhero murdered a pregnant Vietnamese woman in cold blood in Watchmen. But Invincible isn’t only interested in shock value. It is also very invested in critiquing the superhero genre’s obsession with lineage and the idea of superhero kids taking the family legacy forward, so to speak. If Mark Grayson really is his father’s son, the show asks, is it inevitable that one day he too will lose control and turn into a homicidal maniac?

Or perhaps, Zemo is correct — all super-powered roads lead straight to fascism? Increasingly, the ‘anti-superhero’ genre seems to suggest that Zemo’s analysis is spot on.

Aditya Mani Jha is a writer and journalist working on his first book of non-fiction.