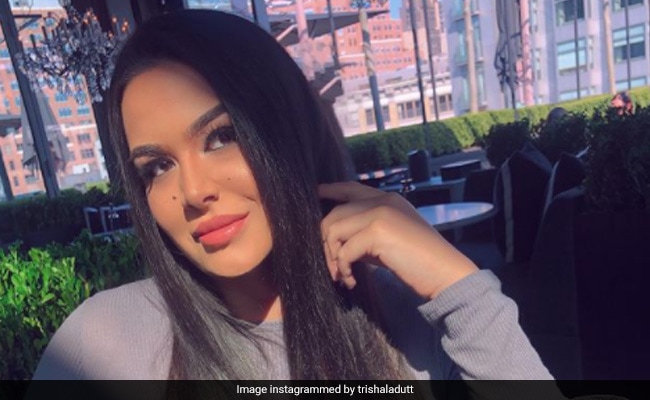 Sanjay Dutt’s daughter Trishala Dutt opened up about her personal life – her past relationships in particular – in an interactive session with her followers. Trishala Dutt is a psychotherapist based out of New York, who often hosts interesting conversational sessions based on relationships on Instagram. In her latest one, she addressed the issue of infidelity and in doing so, she revealed she’s been cheated on in the past. Meanwhile, replying to a user, Trishala Dutt also opened up about her longest relationship and revealed it lasted for seven years. Trishala revealed that she and her then-boyfriend parted ways because of different priorities. Without revealing her ex-boyfriend’s identity, Trishala said he is now married and has kids.

Asked by a user why her relationship ended, Trishala wrote this in her Instagram story: “I won’t get into major details on why it ended but let’s just say we decided to mutually part ways. He was ready for a life at the time I was not and we had many, many differences that accumulated over the years. In a nutshell – we both grew apart. It happens. Today, he’s married with children and I wish him all the best.” 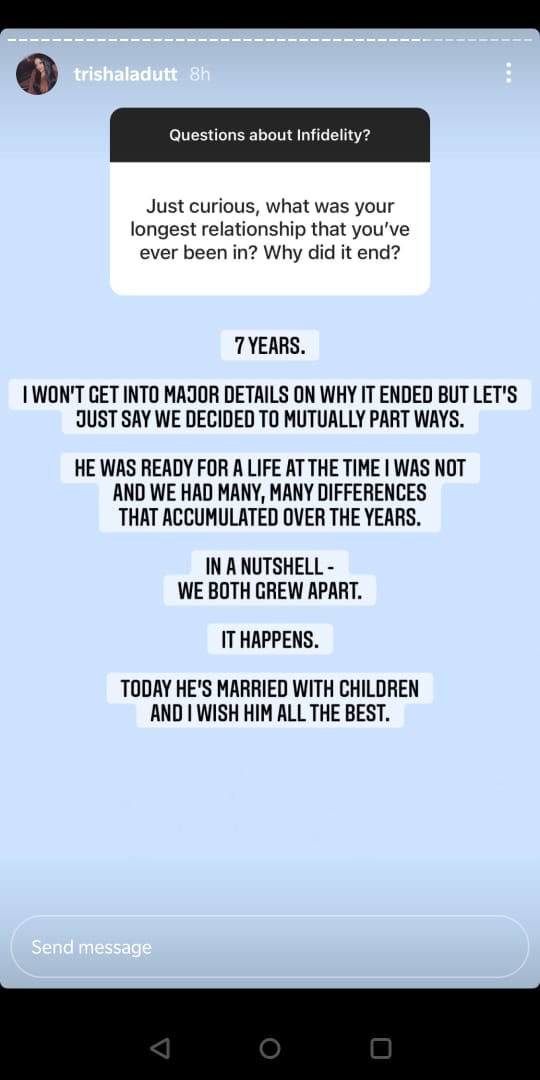 Trishala Dutt, who moved on, fell in love with her Italian boyfriend, who she lost in 2019. After her boyfriend’s death in July 2019, Trishala Dutt had opened up about attending therapy and joining support groups to deal with the loss. Here’s what she shared on her boyfriend’s first death anniversary: “Losing my mom at the age of eight and working through that for over two decades, surprisingly, did not prepare me for losing this beautiful soul. It’s not just the passage of time, you don’t get over it or move on just because a year or twenty go by. You have to face the darkest moments and ride out the rollercoaster of emotions for the rest of your life. I knew grief wasn’t only sadness, however, I’d forgotten it creeps up in the sneakiest of ways.”

Trishala Dutt is actor Sanjay Dutt’s daughter with his first wife Richa Sharma, who died in 1996.