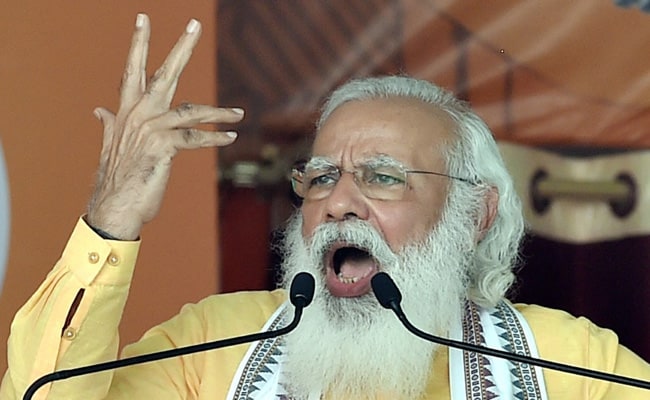 Prime Minister Narendra Modi, in a special address to the nation, said the government is trying to meet the huge demand for oxygen. His assurance came as the second wave of Covid sweeps through the country, leaving it gasping for breath. The worst off is the national capital, which is running extremely short and have made desperate appeals to the Centre for help.

Delhi, which is seeing an exponential rise in Covid cases, said most of its hospitals have supplies that would only last hours. While Chief Minister Arvind Kejriwal tweeted on the issue thrice within an hour, asking for help “with folded hands”, his deputy, Manish Sisodia tweeted a list of hospitals, mentioning how long their oxygen supplies will last.

“This time the demand for oxygen has spiked in many parts,” PM Modi acknowledged. “We are trying to ensure availability to all who need it,” he added.

“The Centre, states and private sectors are trying to ensure every needy patient gets oxygen,” PM Modi said. “New oxygen plants in states, using industrial oxygen for medical use, Oxygen Express — we are doing everything”.

Over the last week, a number of states, including Maharashtra, have been struggling to keep critical patients breathing. This evening, for the first time in a week, Maharashtra said it has received enough stocks of oxygen.

The shortage, meanwhile, shifted to the national capital, where Chief Minister Kejriwal alleged that the Centre has been diverting Delhi’s oxygen stocks to other states.

The Delhi High Court where the issue landed, put a stop to it yesterday. At today’s hearing, the court did not mince words.

Questioning why the Centre was waiting till April 22 to bar oxygen use for industrial use and divert it for Covid patients, the court said, “Economic interests can’t override human lives. Else we are heading for a disaster”.