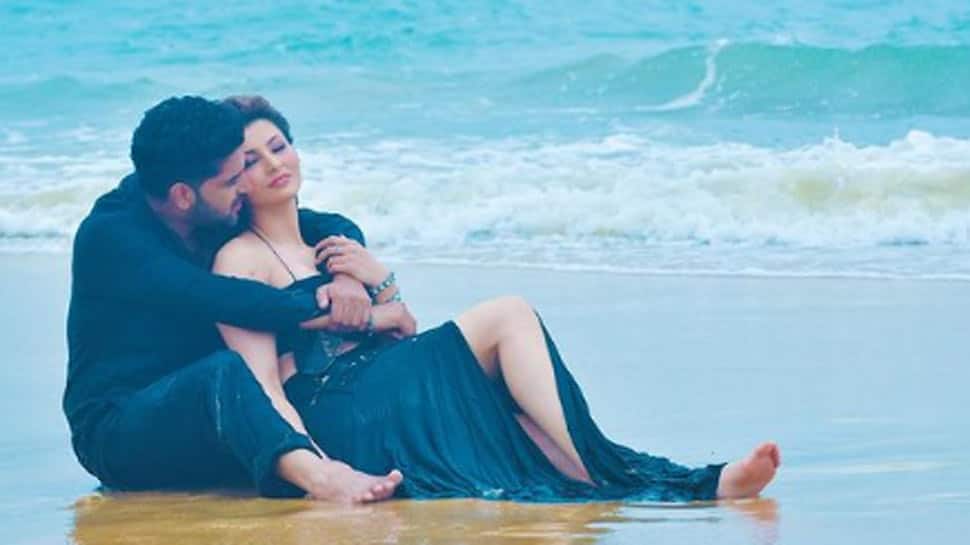 New Delhi: Actress-model Urvashi Rautela and Punjabi singer Guru Randhawa’s upcoming music video ‘Doob Gaye’ has become the latest talk of the town and both are leaving no stones unturned to convince us of their beautiful chemistry in the upcoming music video.

The actress seems very happy about the release of this song as Urvashi Rautela is constantly posting pictures on Instagram with Guru Randhawa. Recently, she posted a picture of both it is a very romantic picture in which she can be seen laying off in the arms of Guru Randhawa on the beach.

The fans are too much into this pair as they can’t stop showering love in the comments because this is the most romantic on-screen couple.

Some big names have contributed to this song like, Jaani and B Praak have composed the music, which is directed by Remo Dsouza under the label of T series Bhushan Kumar. Remo Dsouza has also choreographed the dance sequence for Urvashi Rautela in the music video.

Urvashi impressed everyone with her performance in films like “Virgin Bhanupriya”, “Pagalpanti”, “Singh Saab the Great”, “Mr. Airavata”, “Sanam Re”, and many other films. Urvashi Rautela is also the queen of the music video industry as she recently portrayed Madhubala Ji in the music video “Ek Ladki Bheegi Bhaagi Si” and appeared in hit music videos like “LoveDose”, “Teri Load Ve”, “Woh Chaand Kaha Se Laogi” before that.

On the work front, Urvashi Rautela will be sharing screen space with Randeep Hooda for the upcoming Jio studios’ web series “Inspector Avinash”.

The actress will soon be making her Tamil debut in a big-budget multilingual sci-fi film the most interesting part about this debut is that Urvashi Rautela will be playing the role of a microbiologist and an IITian. Apart from this Urvashi Rautela will be starring in “Black Rose” a bilingual thriller, and a Hindi remake of “Thirutu Payale 2”.

The most exciting project for Urvashi Rautela is going to be her international music collaboration “Versace” with the Egyptian superstar Mohamed Ramadan.