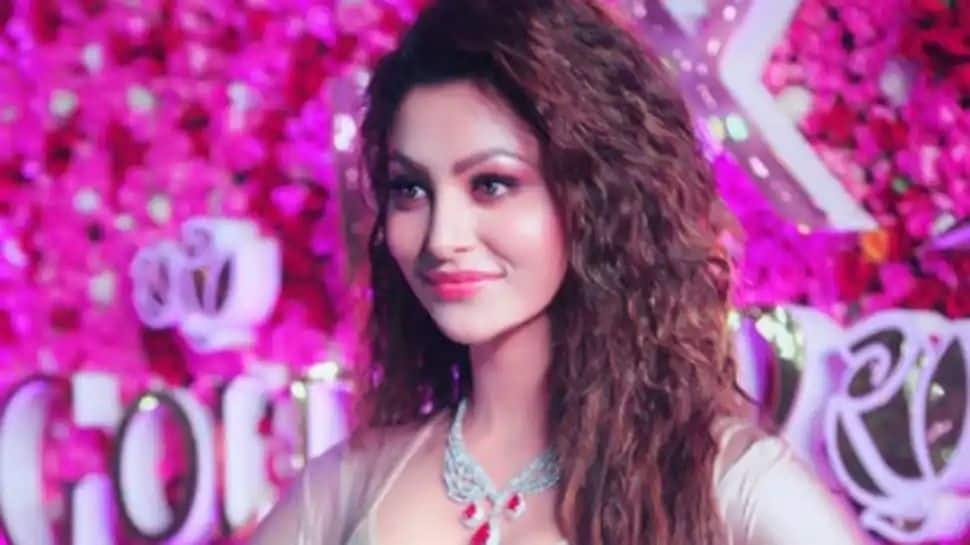 She recently took to Instagram to flaunt her new accessory – a diamond-studded face mask! Urvashi pioneered a fashion trend when she showcased her flower-themed diamond face mask to her followers. The diamond mask covered her head, jaw and cheeks and was quite heavy according to the actress.

In the video, the ‘Virgin Bhanupriya’ actress is seen donning her diamond face mask with a dreamy green eye-shadow and peach lip gloss.

She added an audio clip of rapper Cardi B’s song ‘WAP’ as the background music and captioned the photo saying, “DIAMOND FULL FACE MASQUERADE, OMGGGG IT WAS SO HEAVY‼️‼️ Pl don’t blame me”

Fans were spellbound by her shiny new avatar and showered her with compliments comparing her to a diamond. One user wrote, “Ek diamond par dusra diamond” while another commented, “You are the real diamond for India and all world”

The stunning actress has many exciting upcoming projects in her kitty including the awaited cop-action-thriller web series ‘Inspector Avinash’ co-starring Randeep Hooda and her big-budget Tamil debut.

She will also feature in ‘Black Rose’ a bilingual thriller, and the Hindi remake of Tamil film ‘Thirutu Payale 2’.

The 27-year-old actress will also be seen in the music collaboration ‘Versace’ with the Egyptian superstar Mohamed Ramadan and with the sensational singer Guru Randhawa in the music video ‘Mar Jayenge’.