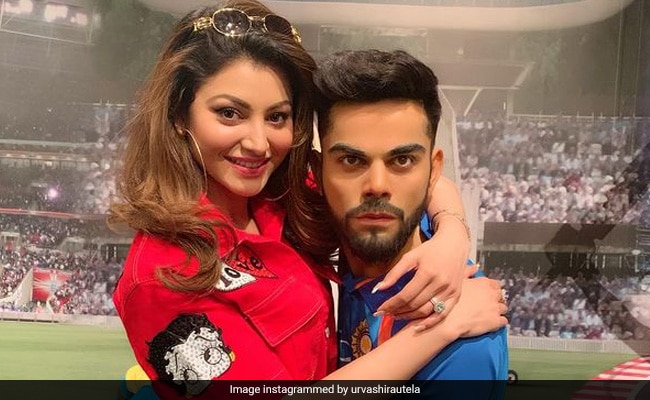 Actress Urvashi Rautela shared glimpses of her chat window with her mother and revealed that she sent her an old photo of Virat Kohli. In the photo sent to Urvashi by her mother, a much younger Virat Kohli can be seen helping out his mother in the kitchen. Sharing the chat screenshots, Urvashi sought help from her followers, asking them to decipher her mom’s “motive” behind sharing the photo. “Hey guys, I need y’ll help! My mom Meera Rautela just sent me this picture on message. What do you think? What does she want me to do? What’s her hidden motive? Scared,” read Urvashi Rautela’s ROFL caption. Well, to Urvashi’s Instagram family, the message was loud and clear: “Help her with her work,” they wrote in the comments.

Meanwhile, we also spotted another entry on Urvashi’s Instagram, which appears to be a follow-up to the Virat Kohli photo shared by her mother. Helped by her Instafam, Urvashi must have taken the hint from her mother’s message because in the new post, she can be seen heading “off to kitchen.” LOL. Urvashi clearly shared the photo in jest as it appears to be a behind-the-scene moment from a shoot. Here, take a look:

In 2019, Urvashi Rautela trended a great deal for sharing a photo of herself with a wax statue of Virat Kohli from London during the World Cup match against Pakistan.

Urvashi Rautela is a former Miss India (Universe) and has featured in films such as Singh Saab tThe Great, Great Grand Masti, Hate Story 4 and Race 3. She was last seen in Virgin Bhanupriya, which released on streaming platform Zee 5. Urvashi Rautela often features in headlines for her tweets. Like last year, she was trolled for copy-pasting a journalist’s tweet about the film Parasite.