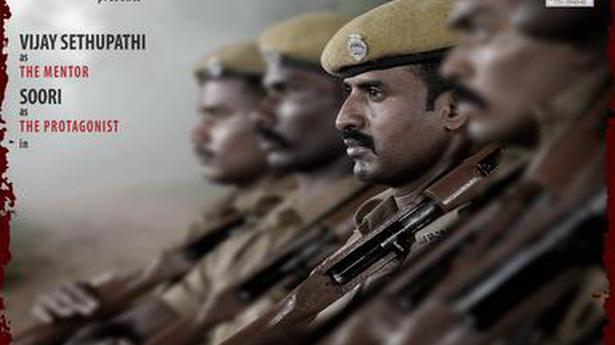 Produced by Elred Kumar, the film was shot in the dense forests of Sathyamangalam in Erode district of Tamil Nadu

Following the success of Asuran, it was announced that National Award-winning filmmaker Vetri Maaran would make a film with comedian actor Soori in the lead. Amid speculation, it was then announced that Vijay Sethupathi had joined the cast.

Now the producer of this upcoming project, Elred Kumar of RS Infotainment, has revealed the film’s title to be Viduthalai; the title was previously used for the 1986 film starring Sivaji Ganesan, Rajinikanth and Vishnuvardhan.

In a statement, the crew describe Vijay Sethupathi’s character as the ‘Vaathiyaar’ (mentor) to Soori’s protagonist in Viduthalai.

Viduthalai is also the first time a Vetri Maaran film will feature music composed by Ilaiyaraaja.

“The shooting of Viduthalai happened in the dense forests of Sathyamangalam where there was no electricity and telecommunications. Vijay Sethupathi, Vetri Maaran, Soori, Bhavani Sre and the entire crew had stayed with the native tribal people during the filming phase,” the statement adds.

Cinematography for Viduthalai — which is touted to have a screenplay laced with “edge-of-the-seat thriller moments” — is by R Velraj, a regular fixture in Vetri Maaran’s films. Editing is by R Ramar while Peter Hein is in charge of the stunt choreography. Art direction is by Jacki.

Elred Kumar plans to release Viduthalai in Tamil and other Indian languages, the statement notes.