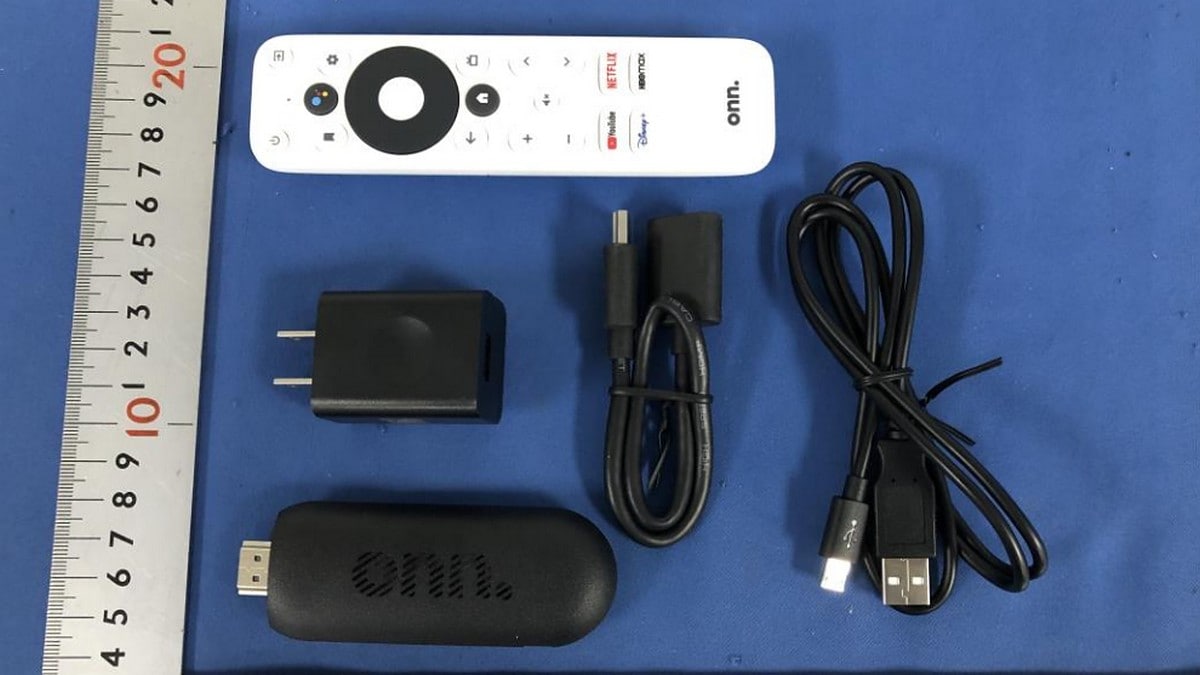 The FCC listing that comes with a product ID H8N-SDM8821 is for a “2K Streaming Stick”. There are images of the Walmart streaming stick and its accessories including a white remote, as well as that of its chipset. It looks like a regular streaming stick with rounded edges, an HDMI connector, some slits for ventilation, the Onn branding, and a Micro-USB port for power. The accessories include a power adapter, a USB cable, a remote with YouTube, Netflix, Disney+, and HBO Max hotkeys on it, as well as an additional cable.

The listing also mentions dual-band Wi-Fi and Bluetooth v4.2. The Amlogic S805Y processor can be spotted in the internal images of the device. It is a four-core processor that supports up to 1080p at 60fps, which suggests that Walmart is not targeting 4K output and that the device will be a budget friendly streaming stick. The stick could run Android TV 10.

Talking about the remote, it can be seen with a Google Assistant button on it. It’s hard to get a scale of how compact it would be, but there are dedicated volume and channel buttons, along with several other buttons including the hotkeys for four streaming services. The Onn branding can be seen at the bottom.

The FCC listing was first spotted by @AndroidTV_Rumor on Twitter and independently verified by Gadgets 360. As of now, Walmart has not shared any information on the streaming stick and it is unclear when it will hit the shelves.

Are AmazonBasics TVs Good Enough to Beat Mi TVs in India? We discussed this on Orbital, our weekly technology podcast, which you can subscribe to via Apple Podcasts, Google Podcasts, or RSS, download the episode, or just hit the play button below.