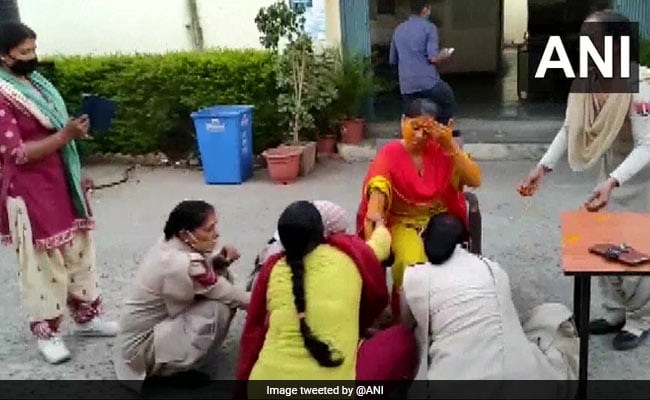 Officers, in uniforms and masks, are seen putting turmeric paste on the soon-to-be-married constable.

A woman police constable in Rajasthan, unable to get leave due to the pandemic, held her “haldi” ceremony at the police station as the country is caught in a severe sweep of the second wave of coronavirus infections.

Other officers posted at Rajasthan’s Dungarpur police station are seen performing the ceremony with traditional songs and rituals in an endearing video.

Her colleagues, in uniforms and masks, are seen singing traditional Rajasthani songs and putting turmeric paste on the soon-to-be-married constable. Dressed in a yellow salwar suit with a red dupatta, the constable sits on a chair as she is carried by other officers.

The second wave of the virus, deadlier and stronger than the first wave, has put an overwhelming pressure on the country’s healthcare system and frontline workers, including the police.

On Friday, Rajasthan imposed a slew of fresh restrictions to tackle the steep surge in cases. The curbs, which will come in effect from tomorrow, exempts the most essential services but restricts inter-district travel in private vehicles.