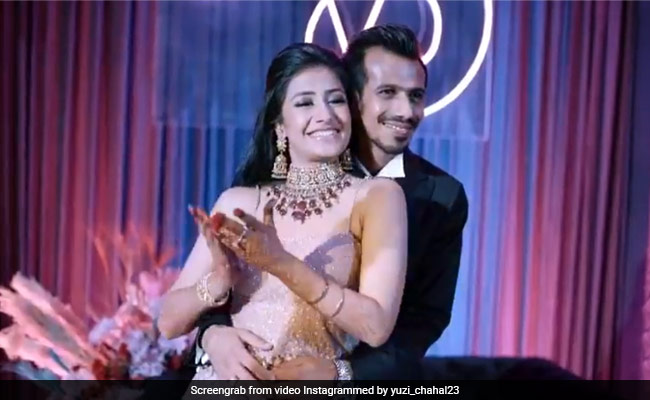 India leg-spinner Yuzvendra Chahal and Dhanashree Verma’s wedding video teaser has it all – dancing, cricket, glimpses of their pre-wedding functions and lots of laughter. The couple, who got married in December last year, took to Instagram on Sunday to share the teaser for their wedding film, which will be released on Saturday, March 27.

Set to the tune of It’s Lovin’ You Lots and Lots by The Norm Wooster Singers, the wedding film teaser features a collection of clips from Yuzvendra Chahal and Dhanashree Verma’s wedding ceremonies, including glimpses of their Haldi and Sangeet. Dhanashree, who is a choreographer and YouTuber, was also seen dancing in some of the clips.

Since being posted on Sunday, Yuzvendra and Dhanashree’s wedding film teaser has been watched over 1.8 million times on the cricketer’s Instagram account. On Dhanashree’s Instagram, it has racked up another staggering 1.4 million views. It has also collected thousands of comments and congratulatory messages.

“Video is lovely,” wrote one person in the comments section, while others said they were looking forward to the release of the full-length wedding film.

Yuzvendra Chahal and Dhanashree Verma got married on December 22 after their engagement in August.